November 20, 2020 Admin
Home»Opinion»Letters»Statement on the appointment of Parks Tafa as chairperson of the UB Council
Letters

The Executive of the Trainers  and Allied Workers Union (TAWU) wishes to communicate its stand on the appointment  of a new Chairperson  of Council of the University of Botswana (UB).We are informed  that the incoming Chairperson  of Council is Parks Tafa, who is  a prominent attorney and senior  partner at Collins and Newman  and who joined the Council some  two years ago. Our statement is  provoked by the controversy surrounding  the appointment of Tafa  as Chairperson of council. Because  of the   national significance  of UB as a national public institution, we wish to comment on the  subject and to share our perspective.

Although we take note of the  associations of Tafa to the establishment  and the ruling BDP, our  comments exclude those associations.  According to the University of  Botswana Act (Cap 57:01) of July  1982 the Chairperson of the Council  is appointed by the Chancellor  alone. The Chancellor alone appoints  four members to the Council  (the highest number of special  appointees), which is probably  how Tafa was originally appointed.   No criterion is stipulated for  persons appointed to the Council  who are not from academia. Anthony  Khama, John Maynardt and  others were also appointed through  the same window.  The Act makes it mandatory that  the Chancellor, be the President  of Botswana, who may direct the  Minister of Education to exercise  any powers of the Council or the  Vice Chancellor subject to such  directions. Where the Minister appoints  members of Council, it is an  exercise of the delegated authority  of the Chancellor. It is also worth   noting that the Act also empowers  the Chairperson of Council to act  as the Chancellor in the absence of  the latter.

It is common cause that the current  Chancellor is HE the President,  Lt Gen Seretse Khama Ian  Khama and the current Minister is  Hon Dr Pelonomi Venson-Moitoi,  while the current Vice Chancellor  is Prof Thabo Fako, whose  appointment was also questioned  in the media at the time of his appointment  on allegation that he  was handpicked at the lowest rung of candidates.The outgoing Chairperson  of Council is Elijah Legwaila,  who is a Court of Appeal  judge and former President of the  Industrial Court and a former Permanent  Secretary to the President.  To avoid targeting an individual,   the debate should start on the criteria  of appointing persons suitable  for the position of Chairperson of  Council. This would address possibilities  of abuse of powers by  the appointing authority. We also  wish to bring attention to Section  6 which gives exclusive authority  to the Chancellor to appoint the  Chairperson of Council of a national  university without the need  for a consultative or public process.

This is a fl aw that permeates  our public appointing processes   from the Judiciary to Parastatal  Boards. Another fl aw that has been  criticized since the 1980s is the  trend of circulating the same faces  in many Parastatal Boards. Tafa  was previously at PEEPA Board.  Such duplicitous appointments are  part of our public processes and  governance culture.  As stated above, the previous  Chairperson of Council was an experienced lawyer with a public  service background, but with no  prior association with matters of  academia, save for the Council itself.  Before him, the Chairperson  was another former Permanent  Secretary, Lebang Mpotokwane.  The incoming Chairperson has the  same occupational background as  the previous one, albeit from the corporate world. We therefore see  Tafa’s appointment as a continuation  of this trend, though his case  has helped to sharply raise awareness  on the issue. However, we  find fault mainly in the Act itself  and the Governance culture of our public institutions. Regarding the  appointment of Tafa himself, we  find it wrong that the appointing authority has preferred a member  of the Council with limited experience in the processes of both the Council and the University.

There is also a disturbing trend  which may develop from Tafa’s  appointment, which is part of a  global trend of corporatization of  universities. This is a trend that  changes the university from its  traditional purpose of knowledge  generation to that of running a   business. The high number of  corporate persons with no prior  association with educational development  shows a growing trend  towards corporatization. If the  UB Foundation, chaired by Satar  Dada, happens to wield influence   in University processes, then a  corporate takeover is imminent.  Given  our developmental needs,  a person appointed as Chairperson of Council ought to exhibit a  proven vision towards the transformative  growth of UB as a  contemporary university in a globalised  setting; the development of  Tertiary Education in the new policy  emphasis of Human ResourceDevelopment and Human Capital  development and of the role of the  university in society and national   development agenda. We see the  position as a strategic leadership  role in the development of the university.

From where we stand, we  do not see those qualities in Tafa,  just like Legwaila before him.   The implications of the current  set up are that, growth and development  of the university would be  stifled by lack of strategic leadership.   Hence UB’s success is rarely  expressed in qualitative terms (impact and returns) but more in terms  of high expenditure and growing  student enrolment.  Therefore in conclusion, we advise  that the processes of appointing  Chairperson of Council be seriously  scrutinized in the coming  Universities and Non Universities  Tertiary Institutions Bill, which is  expected to be tabled in the July  session of parliament.

And to the victors go the spoils

It’s a wrap for Izzy! 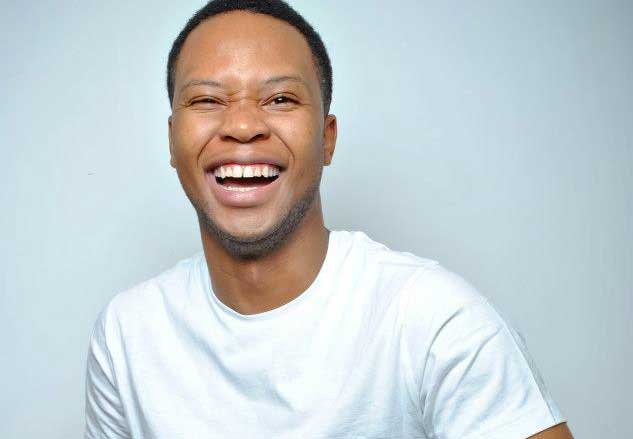