The above task team, it is reported, was established “to undertake periodic inspections of government programmes and projects among others the ESP.” It is made up of four former Ministers and four former senior government officials whose Chairman is the immediate past Vice President. Given the fact that government programmes and projects are not events but processes, it is not clear whether this team is temporary or permanent. That said, one assumes that it is the prerogative of the appointing authority to determine the duration of the team.

But first things first. Programmes and projects including the ESP are administratively areas under the jurisdictions of various Ministers whose members of staff should oversee and provide any professional advice as and when required. Without casting any aspersions on members of this team, one wants to believe that given its fifty years of existence and experience, the civil service should be better placed and equipped to effectively administer government programmes and projects without the involvement of a “third party” and in the process advice the executive. Nothing suggests, with the greatest of respect, that members of the task team possess any exceptional skills or expertise which the civil service currently lacks except that they (task team) have been in government for so many combined number of years. Unless somebody can genuinely demonstrate that the current crop of Permanent Secretaries and Directors are inferior in all respects to the task team, I refuse to endorse the task team purely on skill and expertise basis.
Assuming without conceding that the civil service is incapacitated in one way or the other and which point may presumably and honestly justify a third party, and further assuming that this justification is borne out of the poor to no delivery of programmes and projects, why did it take so long to rope in a third party when so many such projects were not delivered on time and budget and even if they were so delivered, they remain in a shambolic state? Well the answer follows hereunder.
It will recklessly be naïve of me to conveniently be oblivious to the fact that this team has been established by politicians where half of its members are politicians who will inevitably exert some form of political influence during their term of office. Remember that the ESP is a political flagship of the ruling party which for all intents and purposes (as far as I am concerned) is meant to redeem the same party as some form of “reforms” following the 2014 elections. It is therefore in the interest of the party that no stone is left unturned in its quest to win the hearts and minds of voters come 2019. Desperate situations require desperate interventions and any party in dire straits will do just that. I am reminded of Nikita Khrushchev, a Russian politician who said “Politicians are the same all over. They promise to build a bridge even where there is no river.” In this regard, the political arm of the team will be holding and dangling a carrot in front of potential voters.
Political analysts have argued that the establishment of this team may cause some discomfort in the high echelons of the civil service in that this may be an indirect statement that the civil service is incapable of providing effective delivery of projects given the bigger picture of 2019. Even though this team will be directly accountable to the President, it will have to interact and engage with other stakeholders and it is this engagement that will make or break it. Like I have alluded to above, the establishment of this team is in my view largely for political expediency. The magnitude of projects expected from the ESP is said to be massive given its budget-the obvious question is: does the government have the human capital and other resources to match delivery of these projects or it will be more of the same? Remember the statement made last year by government that it will employ party officials in strategic positions because it felt opposition-aligned civil servants were derailing government programmes. This could be it.
Members of the Presidential team have been in government during the time when Morupule B and the North South Carrier projects for example were conceived and failed. One wonders therefore, what value add if any they will bring that which they failed to do during their time in cabinet and the civil service. The Chairman of this team was during his tenure as the Vice President, a supervisor of government projects as he did not have any substantive ministerial portfolio. Is he therefore coming back to repair that which got damaged under his watch? Your guess is as good as mine. In my view, the Presidential Inspectorate Task Team has relegated the civil service to the back seat because it has taken over its areas of responsibility. Who is going to account if the ESP is not delivered? Watch this space.
Adam Phetlhe 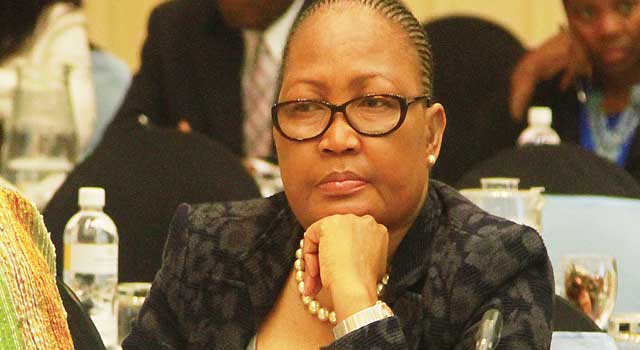