We note with discomfort and disappointment the hopping from one radio station to another by BOFEPUSU’s Tobokani Rari on an onslaught that is deliberately meant to misrepresent BOPEU and to further sow seeds of discord amongst our members and BOFEPUSU. We are refusing to accept Tobokani Rari’s views and onslaught(s) as those of BOFEPUSU; we hold him individually accountable.
For how long should we explain that differing with BOFEPUSU has nothing to do with being in cohorts with the Government? It is grossly unfair to sensationalise issues to fit individual agendas, whenever a differing view comes to the table for debate. There are many issues that we agree with as trade unions, both within and outside BOFEPUSU. Interestingly, when we agree on these issues, we are not labelled to be friends of the BOFEPUSU family. Amazingly, when we differ on an isolated matter we are labelled friends of the Government.
As an example of the many instances, recently, BOFEPUSU took the employer to court on the issue of the unilateral 3% wage increase. The court ruled in favour of BOFEPUSU and ordered that members of BOFEPUSU should not be made party to the 3% salary increase. We have congratulated BOFEPUSU publicly, as we believe in the right to legal fairness. Interestingly, in our support and congratulations to BOFEPUSU, we have not been labelled anti­government. Tobokani Rari suggests that the only correct thing we shall ever do is to throw away our independent integrity and dance to the BOFEPUSU tune; no matter the unpalatable taste. This is not only grossly selective and unfair, it is equally unjust, counter revolutionary as it eludes the spirit of debate and engagement.
Tobokani Rari must know that when he perpetuates the untruths that BOPEU is in cohorts with the Government, as has been the case since this whole matter began, he is unfortunately rather confirming that BOFEPUSU is politically aligned. This has been a burning issue since the 2011 civil service strike. We have overtime been very clear that we are not in agreement with aligning trade unionism with political activism. This seems to be a crime to some leaders within BOFEPUSU who are obviously focused on using BOFEPUSU members, its societal standing and its finances for personal political gains. We are aware that some of the BOFEPUSU leaders are already busy getting ready for the 2019 General elections.
This is a point that vindicates that which we have already been positing all along, that Comrades such as Tobokani Rari, who in particular is getting ready to contest one of the Shashe Constituencies are not happy that we at BOPEU are of a strong view that intertwining trade unionism and political activism will have a gross negative impact in advocating for the rights and welfare of the workers.
We continue to assert that our resolution not to politically align was and remains inspired by a simple fact that within our unions, BOFEPUSU sister unions included are; BNF, BMD, BDP, BPP, BCP members. Further, that there are those who are not politically aligned, and we should leave the choice of political alignment to individuals. We believe this approach would not cause divisions within the movement. We note for instance, that during the 2014 General elections, other selfless revolutionary comrade like Goretetse Kekgonegile who wanted to contest under the Botswana Congress Party ticket yet BOFEPUSU, could not rally enough support simply because they were not aligned to the Umbrella for Democratic Change. BOFEPUSU fiercely and brutally contested against him.
In his hopping from one radio station to another, seemingly to blame BOPEU for not supporting his Shashe Constituency bid, Tobokani Rari has even referred to BOPEU as a rival union. We do not know the exact meaning of that. We can only assume. But we wish to point out that we are friends with individual unions, within and outside BOFEPUSU. We still consider BOFEPUSU a very good friend that occupy the space of advocating for the rights and welfare of workers, not the personal political entities whose political ambitions are dependent on their painful pushing of their agendas into the objectives of the collective with outmost disregard for future negative implications.
Yours in the Workers’ Struggle,
Cde. Topias Marenga
BOPEU General Secretary
bopeumediareach@gmail.com
communications@bopeu.co.bw

NO PRIZE MONEY FOR LEAGUE CHAMPIONS, FOR NOW 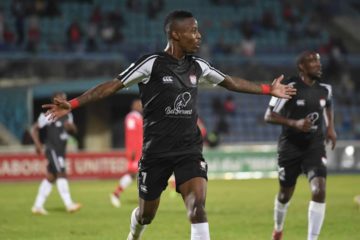