According to a recent High Court judgment by Justice Michael Mothobi, while a divorced couple that was married in community of property can share their estate; this does not apply to pension benefits if the beneficiary was not retired at the time of the divorce. The Gazette interviewed a number of leading members of the community to hear their views on the issue. Marriage counselor and pastor of the Christ International Fellowship John Ramotshabi said there may be some injustices in the law and he feels that it should be reviewed so that neither spouse should feel cheated in anyway.

“It is not fair in a situation where one party has had a share of his or her spouse’s benefit when they were still married; if they later divorce before the other spouse’s benefits mature, it should be ordered that both parties must share when the pension benefits that have now matured,” said Pastor Ramotshabi. Tatitown Court President and chairperson of the Young Women Christian Association (YWCA), Northeast, Margaret Ludo Mosojane, said some men abuse the law. She says her office had received many cases of families that split up because of pension benefits. “This week I had a case of a woman who is married in community of property; she said she and her husband have been married for 20 years and he is now threatening to divorce her and has boasted that she will not have a share of his pension,” said Mosojane, adding that women and children are most adversely affected in such cases.

She added that the only remedy would be to establish family courts that would deal with marriage issues because new challenges are emerging in such relationships nowadays. Country Manager, Gender Links, Keabonye Ntsabane, said the issue was serious and needs to be urgently addressed. “It is abuse and corruption; it is not fair,” she noted. Ntsabane said many men enter relationships to pick themselves up, and after accumulating wealth they break up with their partners to marry other women. She said this is very disturbing because most of the time men have jobs while their partners stay home to bear, look after the children and do housework.

“Men are very good at taking advantage of women; they accumulate wealth and goods while their partners do work at home that cannot be quantified. When the relationship ends they produce the receipts of whatever they bought during the relationship, while the woman has nothing to show for the effort that she spent in the relationship. “He will then say that he has been working all his life while his partner spent the whole day doing nothing at home. They don’t regard bearing and raising children, and doing household chores, as contributing to the family wealth and wellbeing,” she said.

“The issue of divorce is no different from what happens during cohabitation. After accumulating goods, men abandon the women they have spent many years with, and go on to marry other women. In the end the law says nothing was binding.” However Member of Parliament for Gaborone south Dumelang Saleshando believes there is nothing wrong with the law. “A pension benefit is not an asset that you can access anytime you wish, before it matures. We should not forget its main purpose that one should use it when they are no longer able to generate income for themselves,” he said.

And for his part the Registrar and Master of High Court, Godfrey Nthomiwa, said: “Personally I subscribe to the view that people can share something that is there; for as long as that property is not there, it cannot form part of the matrimonial property.” He however admitted the likelihood of some people abusing the law. Gaborone based lawyer Odirile Itumeleng said it was becoming a trend for people to seek divorce when their pension benefits were about to be paid. “People now abuse the position of the law,” he said.

But he says the law should be left as it is, “because pension benefits are not something you can point to, any time you wish. They become payable at a certain time, and if at that time people are divorced, it would not make sense to share them. Yes, we sympathize, but there is nothing much we can do,” he added. 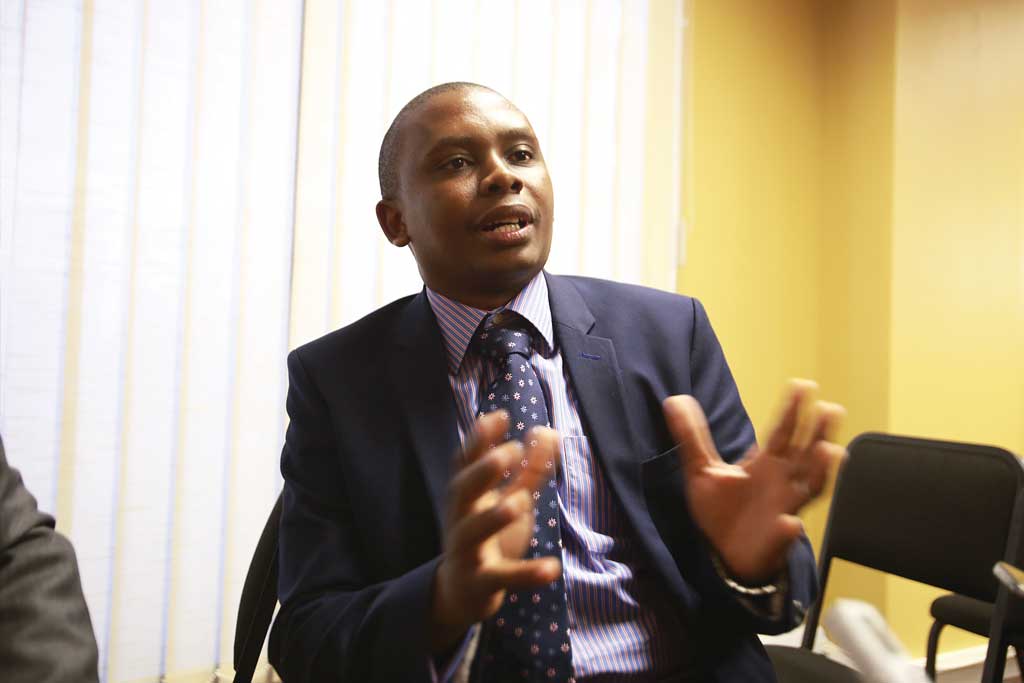