January 14, 2021 Admin
Home»Opinion»Letters»The future of our Democracy is Worrying.
Letters/Opinion

Following our meeting on the 8th of September 2016 at IEC headquarters, The Botswana Peoples Party has been following development at the Independent Electoral Commission. This was motivated by the sought of engagement that we had with the commission. It was at this meeting that the BPP officials asked the Secretary of the commission Mr. Gabriel Seeletso why he was eager and proactive in doing last minute engagements, why he seemed to be anticipating that the President will sign the bill into law, why he seemed to be pre-empting the future and the direction even before the law is passed. We now observe with dismay that Seeletso knew all along. Not only did he know the bill will be signed, he also knew he would need P150 million pula to set the Electronic Voting Machine Unit; he knew more than he wanted to tell.
In that meeting, Seeletso introduced his staff, among them being Mr. Maroba the Public Relations officer. When introducing Mrs Zuze, Seeletso mentioned that she will take after him when he retires in November 2016. The Botswana Peoples Party continues to observe, this time around on the Patriot Newspaper of 23rd October 2016 that The IEC PRO Mr Maroba claims to have no knowledge of who will succeed Mr. Seeletso. The inconsistencies in information sharing ushered by the members of the commission is worrying and causing doubt in the hearts of many, this is unacceptable most importantly coming from the Independent Electoral Commission.
The Botswana Peoples Party has always been sceptical of the intentions of both the ruling party and the independent electoral commission; this is due to secrecy and speed at which this bill on EVM is rushed through the channels.
Here remains the worry; the secretary of IEC recommends (Among many All Party Conference Recommendations) that our republic needs Electronic Voting machines. He does so at a time when he is due for retirement. Despite counsel from concerned stakeholders, he disregards advice and most possibly does not pass on the raised concerns to the state president, hardly a week after the signing of the bill, he raises a P150million budget for the EVM Unit. This all seems calculated and outright wrong.
Botswana Peoples Party holds the opinion that if the composition of the EVM Unit is headed by Mr. Seeletso, even after his retirement (God forbid) then we will have been right in assuming that his eagerness to see the bill through, his last minute consultations and his disregard for our plea to seek audience with President Khama even prior to signing of the bill into law was all calculated to benefit him. We are worried that if this be the case, it will justify why we think the ruling party is at the primary stages of planning to rig the 2019 elections.
All these calculated sinister activities, which are carried by the ruling BDP and the IEC are putting our democracy in jeopardy. We have come a long way to have our country cast into turmoil by selfishness and lack of proper and timely consultation.
Botho Seboko
Secretary General at Botswana People’s         Party.

Who should take the fall for the BCL demise? 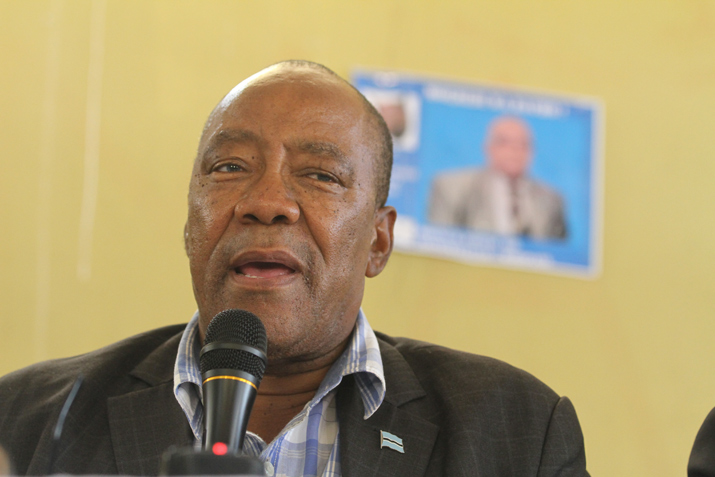