November 20, 2020 Admin
Home»Opinion»Column»The judiciary in a state of collapse
Column/Opinion

So paralysed is the system because of backlogs and inefficiencies that it will break down soon. For others it is justice delayed is justice denied when in some cases delayed justice is the order of the day

In a modern republican societies, the rule of law is what keeps men from turning into beasts, governments into despotisms, bureaucrats into commissars, businesses into rapacious exploiters, the press into an organ of malice. It is the dharma that enforces fairness, engenders popular national consensus and the participation of citizens in the institutions of their nation. And more than the executive or the legislature, the keeper of this faith is supposed to be the judiciary.
It is for this reason, if no other, that judges should be judiciary and should be judged by standards higher than those applicable to any other national institution: their actions should not suggest even a hint of conflict of interest; they should act without favour or fear.
It is therefore troubling that the judiciary is increasingly coming under scrutiny. It is in a state of collapse. The suspended judges’ case is one such example. Amidst the accusations of delayed justice and a demonstrable appetite to have the matter concluded as urgently as possible, some judges are currently allocating dates for hearing in 2017 for matter which are far much older than the judges’ case. Clearly, so paralysed is the system because of backlogs and inefficiencies that it will break down soon. For others it is justice delayed is justice denied when in some cases delayed justice is the order of the day. The affidavit by Justice Letsididi and its revelations deserve the nation’s full attention.
In the past the Law Society of Botswana expressed concern at the perception being created that our judiciary is readily prepared to hear high profile cases quicker than those from the general populace. With some known judges whose court diary are now at 2017 for initial case management conferences, it has fuelled the impression that justice is the prerogative of the influential and the rich. The complaints against Justice Walia by Letsididi J that the latter has made unwarranted cautions of unnecessarily delaying the matter has raised the question whether this case should receive such prominently displayed judicial solicitude when hundreds of thousands of cases involving murder, fundamental rights, habeas corpus, criminal appeals, bail pending appeal have been languishing, some of them for over years, without a hearing. This is not to suggest the judges’ case is not deserving of such. But is there such an emergency.
That the courts concern themselves with high profile cases matters is also buttressed by the priority given to the hearing of the judges’ case with a colleague saying to me that they have had their case moved to next year as the presiding judge had to attend to the judges’ case. And my colleague says they have been waiting for a hearing date for so long. But is this case more important than the agony of a human being deprived of liberty and awaiting dispensation of justice for years.
And when judges meet with and issue instructions to one of the parties to the dispute at the exclusion of other parties, to express one view or the other about the propriety of the actions and or conduct of one of the parties, that conduct is contemptible. It is the kind of conduct that emphasises that the alacrity with which courts can act in cases involving the influential solidifies the common man’s view that privilege and justice are synonymous.
It is small wonder then that increasing numbers of intellectuals, lawyers and civil society have started raising questions in areas where the judiciary was never before scrutinised. The main problem besieging the judiciary right now is its image. We must forbid ex parte communication with some litigants at the exclusion of others. Justice is more important than justices. 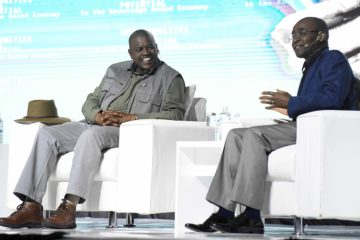