The nation is reeling in shock from a picture circulation on social media depicting the body of the President. I often ask myself how big a problem self-censorship is in the arts in this country. Is it on the rise? The answer can be hard to quantify, as self-censorship is about things that do not happen or are not said. We all do it as we navigate our complex cultural landscape, making choices about what we want to express, critique, commit to or identify with.
There is no doubt that the picture is the satiric, parodic nature of the President.  A proper reflection of the picture will be to place satiric, humorous comments about the President. These and other comments clearly demonstrate that the picture’s mark communicates an element of satire, ridicule, joking, or amusement.
Parody as a defense to copyright infringement has a long, divisive and glorious history in the United States of American jurisprudence. In Louis Vuitton Malletier S.A v. Haute Diggity Dog LLC, “[a] ‘parody’ is defined as a simple form of entertainment conveyed by juxtaposing the irreverent representation of the trademark with the idealized image created by the mark’s owner.”
In the case of Jordache Enterprises, Inc. v. Hogg Wyld, Ltd it was said that “A parody must convey two simultaneous — and contradictory – messages: that it is the original, but also that it is not the original and is instead a parody.” This second message must not only differentiate the alleged parody from the original but must also communicate some articulable element of satire, ridicule, joking, or amusement. Thus, “[a] parody relies upon a difference from the original mark, presumably a humorous difference, in order to produce its desired effect.”
Indeed the picture is a successful parody of the President. First, the head of the picture is obviously an irreverent, and indeed intentional, representation of the President, albeit dressed in that manner; in front of Parliament and with thumps up as if the President is okaying the state and condition in which the picture was taken. The picture is shaped roughly like or reflects a male; in it is inscribed the launch of Botswana 50 name;  in its background at the far back a few people can be seen walking; the repetitious design clearly imitates the design of the Bot50 log and our National Assembly; and the colouring is similar. In short, the picture, with these features is a mimic of the President, albeit irreverently, utterly and inherently distasteful. No one can doubt the President, Parliament and certainly the President are the target of the imitation by the ‘designer’ of the picture.
At the same time, no one can doubt also that the picture is not the “idealized image” of the person President. The differences are immediate, beginning with the fact that it cannot be said that is the exact image of the President or a replica thereof. The President could not have and did not subject himself to be taken such a photo in that condition in the corridors of Parliament with people freely walking about. Except for the head, the picture is a transplant into the background of a pre-existing picture. In short, the picture undoubtedly and deliberately conjures up the President, but at the same time, it communicates that it is not the President nor a true representation of his true and actual image.
Finally, the juxtaposition of the similar and dissimilar — the irreverent representation and the image of the President — immediately conveys a joking and amusing parody. The picture in that state is an imitation, as something unacceptable, and scantily dressed President, pokes fun at the stature and status of the Office of the President and perhaps his office, which must not be disrespected and be held in dignity. The image is provided for the most defenders and well-wishers of the status quo, to proudly display to the public and the press that perhaps the Emperor is naked, but that we deny this, what we see with our naked eyes, especially when the whole government machinery. This truth many will deny notwithstanding that we all see it. So the imitation of the image of the President is designed to mock those who can see but refuse to stare the naked truth. The image irreverently presents the Republic as an object for casual canine destruction by looking the other way when things go wrong and stare at us. The satire is unmistakable. It’s an expression to speak out. The image is a comment on the state of the Republic, one which is constitutionally guaranteed. We may all not agree with, and I am amongst those, but we cannot shy away from engaging the maker of the image because we find his style of engagement morally unacceptable. 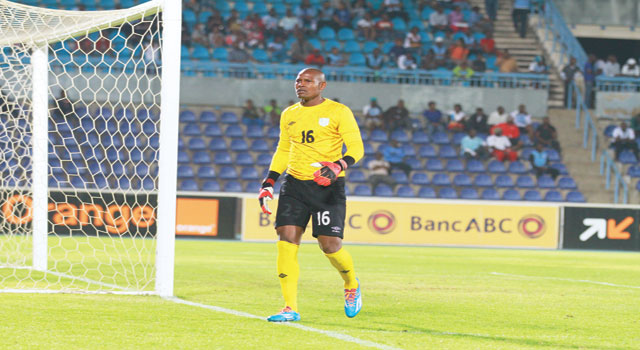