The President Was Not Misled, Mr. Moswaane

This is in response to the Gazette article dated Wednesday May 06, 2020

The concerns raised by the Member of Parliament for Francistown East, Mr. Ignatius Moswaane, regarding the roll-out of COVID-19 food hampers are valid. This is one of the reasons why I tend to always agree with the MP. His views tend to put the people first and his party last, perhaps the reason MP Moswaane is not popular within the party that he nevertheless remains loyal to.

However, I disagree with his view that the President was misled into believing that everything was going well in terms of the distribution of food hampers. First of all, the President has surrounded himself with a team of people he trusts, which is why I never have a problem with an incoming president restructuring his government his way.

For instance, the Hatsalatladi Bridge in Moshupa along the A10 Highway collapsed on Christmas Day in 2016 and two cars fell into the river. At the time, the catastrophe was directly linked to the then MP FOR Moshupa who happened to be a powerful Vice President who was relied upon by the then President. This meant the Vice President and MP could have easily gotten the bridge to be fixed. The then MP is now the President of Botswana.

I am not saying the President should have seen the collapse of the bridge coming. My concern is the response time or the amount of time it took for the bridge to be fixed. Our proactive economists can agree that the bridge interrupted our national trade flows. Once again, we relaxed when it truly mattered. It took more than two years to fix what happened to be a critical “trade link” between villages and between Botswana and Namibia. The point is that we are directly connected to all these clearly visible issues and leaders cannot claim to have been misled. They are the leaders and should lead us.

I have also come across arguments by supporters of these leaders coming off as exempting publicly-elected officials from blame. If they should be exempted from blame, what are they leaders for? In the same Gazette article, I noticed with serious concern that political commentators Lesole Machacha and Leonard Sesa disagreed with Moswaane when Moswaane is only seeking delivery. The commentators’ unnecessary defence of the President is very appalling and misleading. I am not sure if their defence of the President is part of the prevailing culture of always seeking approval from the powers that be where perhaps upper level jobs can be secured. But we should be men and women of values, ethics and principle.

Lesole Machacha says there is always a challenge within the public service and that this is why the distribution of food hampers cannot go well. The question is who does not know that Mr. Machacha? He further states that the problems were not brought about by the President. Again I ask, who does not know that? Infact, it is to be a non-abstract thinker to say the President did not bring forth these problems. Mr. Machacha, you can think better than that. Machacha goes on to say that the President’s handling of COVID-19 is on point.

How? The President was quarantined twice. He traveled to Namibia against medical advice, putting his own life and our lives at risk because he went to a country that already had confirmed Coronavirus cases. The President’s move was also a threat to our national security. You cannot advise against travel as a leader, then travel yourself. How is that being on point? The first Coronavirus case was recorded on December 1, 2019. The Gazette article is dated Wednesday May 6, 2020. This means that the President and his trusted team have had more than enough time to plan – six months, to be precise.

Sometime in February I wondered why we did not shut down our borders. But you know what? We are a copy-and-paste nation. We waited until other countries did something and then followed suit. We dangerously followed suit without understanding that our country had its own unique characteristics, meaning the solution to our problems must and should always be unique to us. Some said acting early, asking Batswana to travel back as soon as possible, and shutting down our borders would put a strain on our foreign relations with many countries. I disagreed. We need decisions and decision-makers. The President and his team did nothing, and that exposed our government’s lack of decisiveness despite dealing with a life and death situation.

I have said that crisis prevention is always better and cheaper than crisis management. As far as the effectiveness of the distribution of food hampers is concerned, it means we are in crisis management mode. So Rre Lesole Machacha, the President cannot be “on point,” as you say. Yes, Rre Moswaane should intervene, but I disagree with you when you say he cannot be inviting the President to intervene. In fact, when Rre Moswaane writes to the President, the letter itself is that intervention you are asking for. The letter represents a team-playing backbencher. Therefore, you are only contradicting yourself. I know some of you think Mr. Moswaane is making his voice heard because he is not a minister. It does not matter. The man is making sense except only where he says the President has been misled. You are the ones misleading the President with your defence of him.

Then there is Leonard Sesa, another political commentator. Mr. Sesa proposes that we cannot be pointing fingers. We should be pointing fingers if we continue to have a reactive government or a non-planning government. It has been six months and we now know what we are dealing with. Our public health plan should be in place. Our socioeconomic response plan should be in place. But my question is, Rre Sesa, e kae plene? E kae? You are an irresponsible, careless and complacent citizen if six months down the line you can still say “no one was ever prepared for the lockdown.” I am sitting here thinking we should be revising the plans we long came up with as situations dictate.

There are 2.3 million people in Botswana and we went for a long time without a single recorded case. You know what that means? It means we had a head start in preparing for the virus because it was always coming. How are you political commentators if to me your analysis is designed to defend the President instead of inspiring him to deliver? We have many government officials who are failing us. Look how they handled the Motswana man who entered the country on March 21, 2020 when we expected no more entries at that point.

The Minister of Health, Dr. Lemogang Kwape, could publicly and comfortably say they only screened the man and allowed him in, then let him go into self-quarantine. Yet the Minister is said to be an epidemic expert. Damn, where is logic here? It did not require qualifications to grasp that a man arriving from a high-risk country needed to go into mandatory quarantine. Sadly, the man went on to test positive on March 28 when he had already infected his girlfriend.

Then you had the Special Parliamentary Session where a COVID-19 positive nurse was present and among the MPs, cabinet ministers and the President. Isn’t this incompetence? How is the President “on point” when all these things are happening right around him on his watch? After the first session took place, the Director of Health Services, Dr. Malaki Tshipayagae, still could not order a mandatory quarantine for each and every person who was present, including the misled President. Instead, the health expert incompetently gave them options referring to the law instead of logic. If I were the President, I would have fired the minister and his director for putting the nation at risk with their poor and illogical judgment. Re bua ka matshelo a Batswana kana go lo fa.

My conclusion is that we have had more than enough time to counter the virus but complacency kept us glued to our seats. Lack of logic has now put us in crisis management mode. There is lost income for Batswana and for local businesses. Some industries may cease to exist because the economy is that hurt and nothing solid and effective is in place to do anything about it. As citizens, we need to stop defending complacency, carelessness, recklessness and incompetence.We need to make each other better. We can still sit down and devise a comprehensive plan that addresses every single challenge we are facing. Our best should go to work instead of “re tshwara kwa le kwa”.

Our Parliament Is Too Defective To Deal With COVID-19

Regional Food Security In The Wake Of Covid-19

The President Was Not Misled, Mr. Moswaane 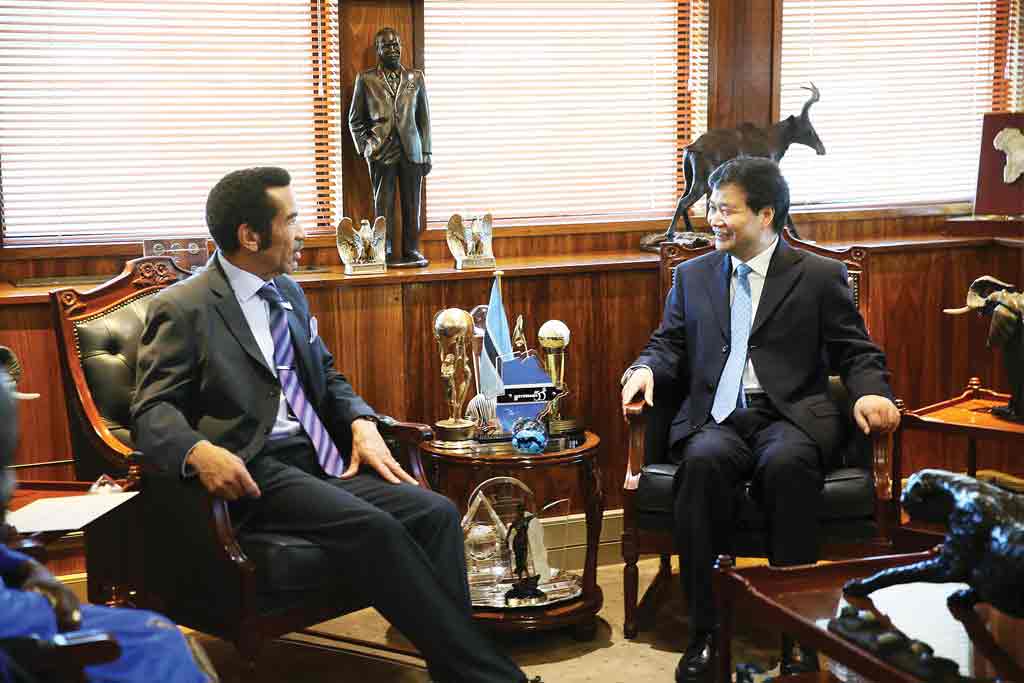