This piece, represents not only my views but the views of the many of us here at Ngwaketse South who watch helplessly as we get failed day in and day out by the local leadership which is supposed to be taking care of us. What does not help is that, though we elected Peter Siele some years ago to be our area Member of Parliament, he has got too busy for us. It is thwarting how our mother village is led. Digawana is a village right-fully considered the talent hub of the nation which has produced the likes of Tshepo Motlhabankwe (football star), Thabang Garogwe (jazz maestro) and Pelonomi Namogang (former Auditor General.) My village is slowly and surely experiencing a demise of leadership and administration.

Residents made a big mistake by voting for Peter Siele. The poor MP does not even have a clue of how his voters live, their concerns and economical status. Yes, the poor guy is an eloquent Setswana speaker that can easily excite his audiences with Tswana antics but there is not even a single develop- ment in the village since 1999 when comrade Kebadire Kalake left. We only get to see the so called area MP on BTV news, we watch him with pain and anguish being paraded with his rich friends attending cocktails and other functions which he seems to only care about or fighting for the President’s attention, striving to be seen in front during the blanket donation exercise. Sad enough, there is a trend as we attend BDP funerals where they will read this now boring letter claiming that it’s written by him.

We are already aware that there is just a single letter which is edited to fit each funeral as they unfold. The contents of the letter are now monotonous. We need to see the man and express our worries, fears and displeasures; we can’t do so by watching him on BTV news and listening to his letter being read at funerals. Siele is talented in telling lies backed up with empty promises.

The poor MP is tired of thinking now; he intentionally told us that water pipes from Molapowabojang passing to Barolong farms will break in Digawana to give us better tasting water. We have now made research and found that it’s all lies. He is tantamount to our so called Kgosi who dismally fails to stand up for his villagers. How can we expect potential investors to come to our village while we are led by mediocre people with low pedigree? The village chief is very lucky because we do not vote for a Kgosi but as for the MP and Councillor, we shall get rid of in the coming elections. Ba jele kgano bamo laetse.We cannot follow traitors, champions of sabotage and enemies of progress. I therefore take this opportunity to lobby Digawana residents to punish those folks by not voting them in 2014. Please just vote for any other better candidate. Shame on them!

BSE transformation in the offing 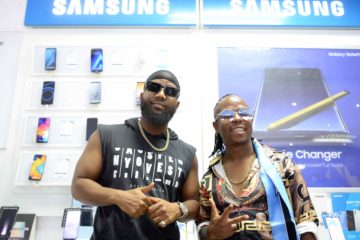