This letter is particularly written to you, former Minister of Education and Skills development. I hear you are now undertaking a special assignment in the same Ministry you were heading.
No doubt that during your ministerial time at MOE you have done good things, despite poor results (PSLE, JC and BGCSE) but I want to remind you of something that you might have forgot. I would have written an article but because I am not a journalist I decided to write a letter to you.

I remember one day sometime early last year when you were on RB1. You said that all graduates who benefited from the retooling and reskilling program that saw hundreds of graduates undertaking a postgraduate certificate in vocational education at Francistown College of Technical and Vocational Education (FCTVE) in 2011 will soon get their appointment letters to resume duty.

Minister as we speak, they completed in May 2013 but up to now no one has got the promised letter, apart from Brigades and technical colleges who I believe are taking advantage of their desperation for employment with the short 6 month contracts they offer. This is tough because they still have to compete with the rest of Batswana and foreigners who are roaming the streets. At least for those you promised minister,  consider giving them 3 year contracts.
Daniel Mavungo

Ideas Expo calls out for arts and crafts exhibitors

Secretaries can save costs 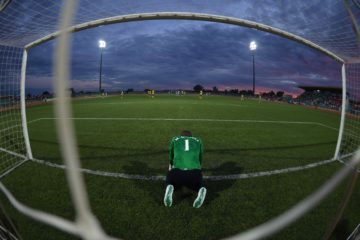