If the Chinese can kill their own people, what about those who are not their own? The West is equally appalling when it comes to exterminating people from Africa and other developing countries.

Marcus Garvey taught us that throughout history, weaker species have been rendered extinct by stronger species. He also said the worst thing that ever happened to Africa was the arrival of Europeans on the African continent. Isn’t Garvey’s warning enjoining us to remain circumspect about the Chinese, Europeans and Euro-Americans?

No single/individual country is bigger than the entire continent of Africa. Even the biggest countries – Russia, Canada, the USA, China and so on, would individually be able to fit into the continent of Africa with space to spare. Do you think the Chinese are thinking anything about their situation vis’ a vis Africa’s enviable situation? Moreover, Africa is endowed with natural resources that everybody covets and exploits

Those of you who are not aware of the West’s history of paranoia about Africa’s population growth should know about policies like the Global 2000 Report compiled by the Carter administration in the US. It called for the reduction of the world’s population by 2 billion people, especially in the developing world. It was not for the first time that population control became a concern of the West’s elite. There was the Malthusianism that held that people would increase more than the production of food. This Malthusian doctrine ignored the fact that it was not population growth that was a problem but the concentration of the world’s resources in fewer hands – that is skewed distribution of resources.

Perhaps some of you know about the Eugenics movement led by people like Nobel Laureate, Bertrand Russel. Imagine what kind of a person was awarded a Nobel Peace Prize! There shouldn’t be any wonder why Jean Paul Sarte declined it in 1964. Sarte wrote the foreword in Frantz Fanon’s 1961 book, “The Wretched of the Earth.” As you might know, the Eugenics movement aimed at producing a “pure race,” whatever the hell that means. It was the Eugenics movement that inspired people like Adolt Hitler. That pure race excluded Africans and others, which means they must be exterminated.

The Chinese have developed militarily while Africa has remained stagnant. So what do you think is going to happen when there is real population explosion in China and other parts of the world? There is evidence before our eyes that Europeans usurped America, Australia, New Zealand and Tasmania. European Jews usurped Palestine. It is not a secret that Asians, Europeans and Euro-Americans are coveting the African continent.

If I were a head of state of any African country, I would not accept a loan from China, the West or Russia. China is building its military capability and technology. When the population of China increases, where do you think they are going to dump that excess population? If it is true that they have taken over Zambia’s state electricity company, the airport and that country’s broadcasting corporation, then that should portend more bad things to come.

Africa is defenceless. There are no nuclear weapons that can act as a deterrent. No satellite technology. No powerful radar systems. No continental army. Nothing. Africa is a playground for all the powers of the world.

When lawmakers are supposed to discuss issues of national importance, they engage in mudslinging matches. There is no sense of urgency to create a formidable continental army in those who lead their countries. Their preoccupation is self-enrichment. The day before, I posted a video of about three to four young men robbing passengers at gun point on the M1 North in Johannesburg in broad daylight. Drivers of other cars were passing as if nothing was happening. That robbery was captured on CCTV cameras. Instead of expending their energies robbing people, those robbers could have used their time fighting against corrupt African leaders and China and the West for creating a situation that turned them into criminals who rob and kill other people.

Even immigrants engage in these criminal activities as some sort of a business. They get up in the morning like people who are going to work, arm themselves with unlicensed firearms and go to rob people using stolen vehicles. That is the job they are doing the whole day. They target people who come from the airport. The police know this but do nothing about it because some of them are part of these criminal gangs and syndicates.

We have bitter experiences of usurpation of our countries, slavery, oppression and exploitation as proof that it can be done again, perhaps in a benign way. Africa is going to end up being at the mercy of the East and Western powers. America and China will be slugging it out for a takeover and control of Africa while we will be watching helplessly. The African people will be sitting ducks because of a leadership that has its priorities wrong. It is against this background that the installation of the ANC in office in 1994 by the imperialists and white elite should be understood because they knew the ANC would conform, unlike the PAC and BCM. It is/was because of that reason the PAC and BCM were excluded from those imperialist brokered secret talks between apartheid government officials and the ANC.

We should never ever entertain the notion that the ANC can be dislodged from office through elections. When their leaders say they will rule until Jesus comes, they understand exactly what that means. It is like saying the ANC will rule until the horses grow horns. And we know that horses will never grow horns and Jesus is not going to come. They are confirming as I have argued before that elections are a fuss. They are bogus. There is no organisation that will win elections as long as the West and white elites in South Africa hate organisations like the PAC and BCM. Forget it.

Think about it fellow Africans. We need to do something very fast. The antics that we witness in Parliament are diverting our attention from the objectives of our struggle for liberation. We can conclude that those who are involved in those shenanigans have been created by the powers that be to play that role of dragging a red herring in our path. If it is true what is revealed in the video below, the Chinese government has asked that country’s courts for permission to kill 20,000 patients who are infected with the Coronavirus so that they do not spread the virus to the entire population. If they can kill their own people like that, what about those who are not their own people? The West is equally appalling when it comes to exterminating people from Africa and other developing countries. 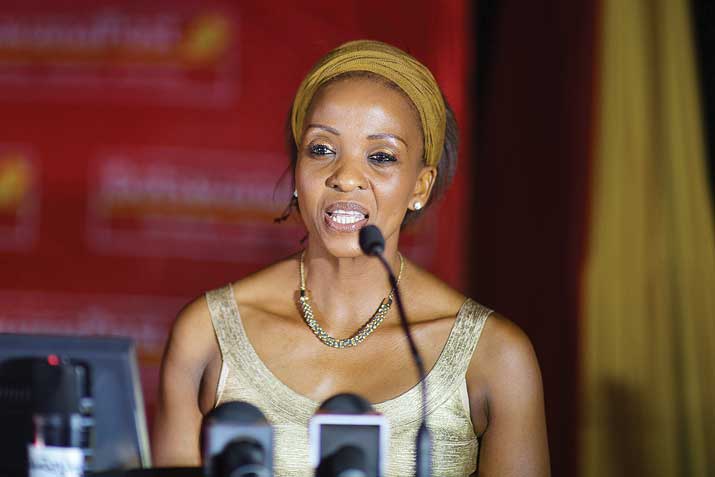