October 29, 2020 Admin
Home»Money»BMC must clean up its act or lose markets – Masire
Money/News/Slider

Former President Sir Ketumile Masire, who is a farmer, last week told a Parliamentary Special Select Committee which is conducting an enquiry into the Botswana Meat Commission (BMC) that the government owned Banyana Farms should have been leased to citizens, and not foreign nationals.

“The Banyana Farms that were leased to foreigners should have been divided and given exclusively to Batswana. For no good reason they were leased to foreigners. What is it that they can do that a Motswana farmer cannot do? This makes a Motswana so very angry; it is an annoying situation,” Masire complained. Masire was Botswana’s President for 18 years; it was mostly under his administration that the BMC grew to be a massive producers’ cooperative. Gilbert Mangole, Member of Parliament for Kgatleng West, asked the for- mer president that considering his term of office, he should have played a part in curbing the BMC problems?

Responding, Masire said: “It would be very wrong be- cause the problems are re- generative and do not come overnight, therefore I cannot say the trends might have developed when I was in office; they progressively grew to alarming proportions.” Things went wrong with the BMC’s operations because the oversight authority the Ministry of Agriculture had not properly supervised the Corporation. Masire also said that the BMC’s feedlot system – whereby the Corporation farms out cattle to private farmers to be fattened before slaughter is sustainable, although badly administered. “There is lack of administration and transparency at the BMC,” he said.

“Would you say the beef industry, including the BMC, is on its knees and will it never recover?” asked Frank Ramsden, MP for Maun East. “It has come to its knees and I believe the process should be geared differently. I am in feedlotting because I believe in it; you must recognise things are not the way they should be at the BMC,” replied Masire.

He said the takeoff of cattle and the population migration from the rural areas to cities and towns had also contributed to the decline of the BMC. “The price of cattle rose more gradually than the price of other commodities, and resources and investments tended to shift to those areas,” he said. MP Taolo Habano, from Ngami, asked Masire’s view on the BMC’s delisting from the EU market in 2011.

The former president replied: “Beggars cannot be choosers and markets dictate, hence the BMC must put its house in order. Until we clean up our act with the EU, other markets will ask the question: ‘why should we take Botswana beef when the EU has rejected it’.” Masire added that the BMC should make con- certed efforts to find alternative markets. 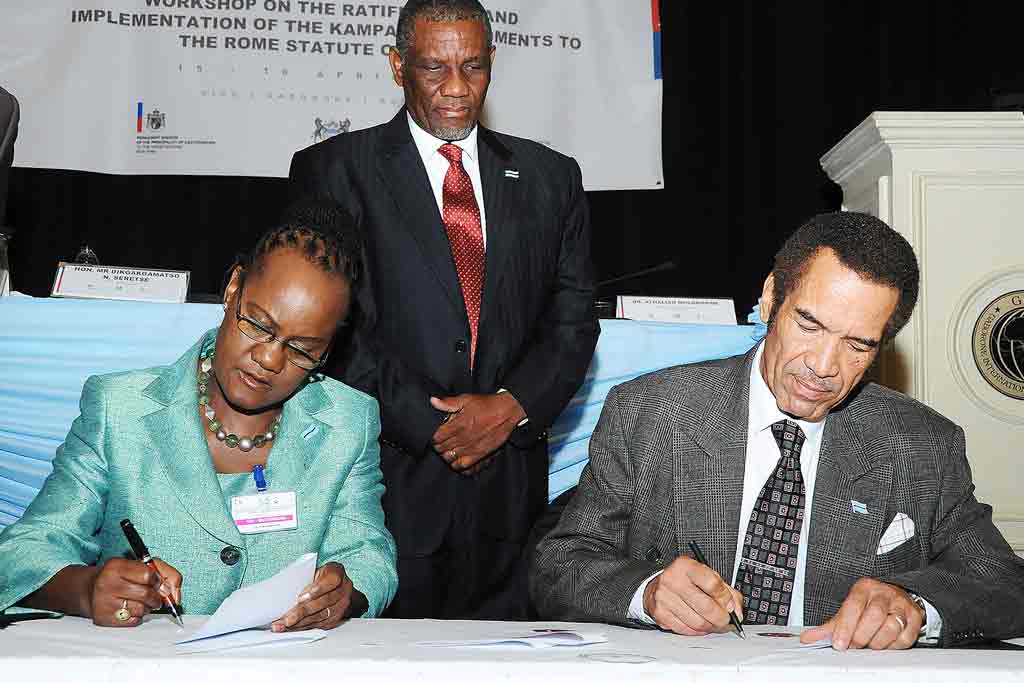