They have reportedly set their sights on this season’s most impressive forwards to strengthen their attacking options for the upcoming season. Frazer, the second highest goal scorer with 15 goals in the league, has grown to become a prolifi c striker this term. His exploits have alerted the attention of the domestic champions who are in search of a reliable striker to provide competition or cover for Kekaetswe ‘Mara’ Moloi. According to media reports, Mara could earn a move to the South African Premier League if his trial at Platinum Stars proves successful but if he remains in the Kgatleng side’s books, he could have competition for a starting berth in the next season.

The league’s top scorer has been in and out of action with numerous injuries this season and Chiefs are eager to fi nd an able replacement to prepare for any possible recurrence of injuries in their striking department. Majombolo’s fl ying winger, Piet, could also be on Magosi’s shopping list as a replacement for Mongala. He scored 11 league goals to stand alongside Chiefs’ Galabgwe Moyana as the league’s highest scoring midfi elders. The prospect of having the prolifi c wingers in the same side has been mooted by the club as they aim to rebuild for next season. 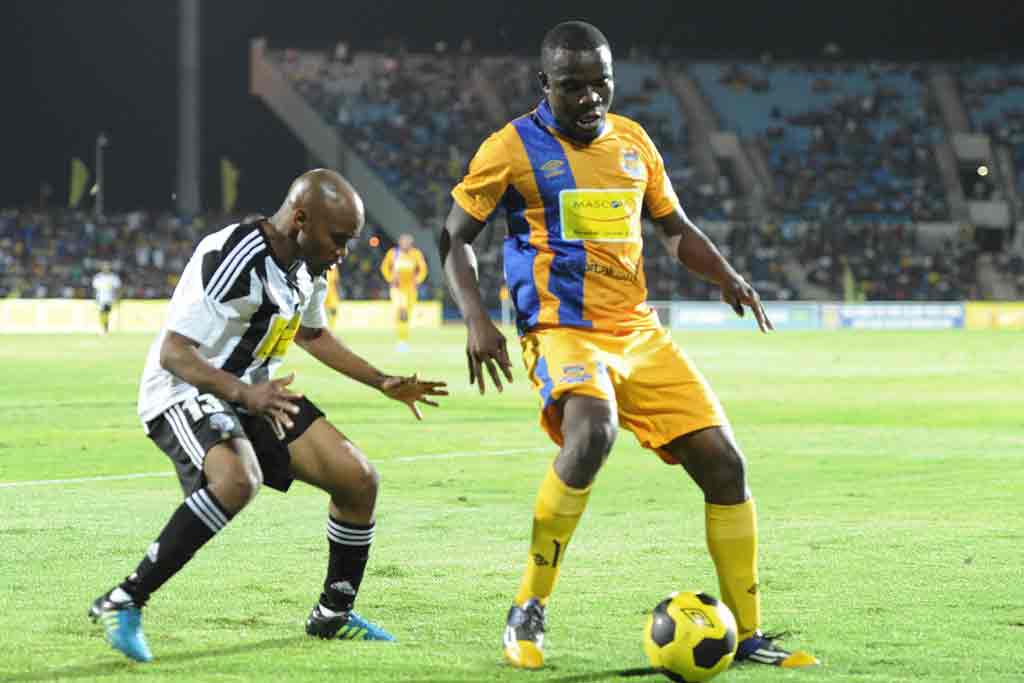