Gaborone United winger Kgololo Kgogobi has signed a new three year deal with the Mascom Top 8 champions. The left footed sensation, had a few months ago contemplated leaving the club before committing his future to GU. The club has also confirmed that Noah Maposa will not be sold to any club, following an interest from Thanda Royal Zulu and Mochudi Centre Chiefs. The 22 year old player, previously known as Kgololo Leteane, had been illegally approached by an offi cial from a rival league club according to GU’s secretary general, Herbert Letsebe.

The player was approached by an unnamed club in order to buy him out of his contract and was also promised a move to South African side Bloemfontein Celtic in the future. Letsebe told Gazette Sport that Celtic coach Clinton Larsen attended the Mascom Top 8 final between GU and BDF XI in May. He added that they were informed that Larsen was on a personal scouting mission to get a closer look at Kgogobi. This reporter has learnt that the player was once absent without leave and missed training for a week. Letsebe said he suspects that the promises from the rival club had disrupted the player’s focus hence his thoughts of leaving the side. The player then returned to the club. “We can confirm that the player was illegally approached by a certain club’s representative. We are meeting the side on Wednesday because we want an apology from the club.

If we do not get a sincere apology we will report the issue to the Premier League,” continued Herbert. Kgogobi joined Moyagoleele from Extension Gunners in January last year. His previous contract was set to end in December this year but the club extended his stay. “Kgololo has signed a new three year deal. He was hesitant to sign but we are delighted to have kept his services. The new contract has been signed and the BFA has approved it,” said the Reds’ secretary general. The player’s fi rst season at the club was overshadowed by a career threatening metatarsal injury which he sustained against Matebele in the Coca Cola Cup semi-finals last year.

He recovered this past season and helped the club win the Mascom Top 8; scoring and setting up crucial goals on the club’s road to glory. Meanwhile, Thanda Royal Zulu’s interest in Noah Maposa has evaporated according to Letsebe. “They wrote a letter to confi rm their interest in taking Noah on trials. We had agreed but we sought assurances about transport and other issues. He had to travel to Durban but they were not willing to pay for the trip. I had communicated with their general manager Thabani Gumede but he stopped answering calls and sometimes the club’s staff said he was busy.

We have ended negotiations with them,” he explained. He also mentioned that Magosi wrote them a letter requesting for permission to negotiate a deal with Maposa but they immediately rejected them. Moyagoleele were also interested in signing Chiefs pair Elvis Meleka and Lesego Galenamotlhale but the league champions also rebuffed their requests as well. However, he said GU was on the market for a striker and a midfi elder. “We are pursuing a certain midfielder in the local league and a striker outside the country,” Letsebe concluded. 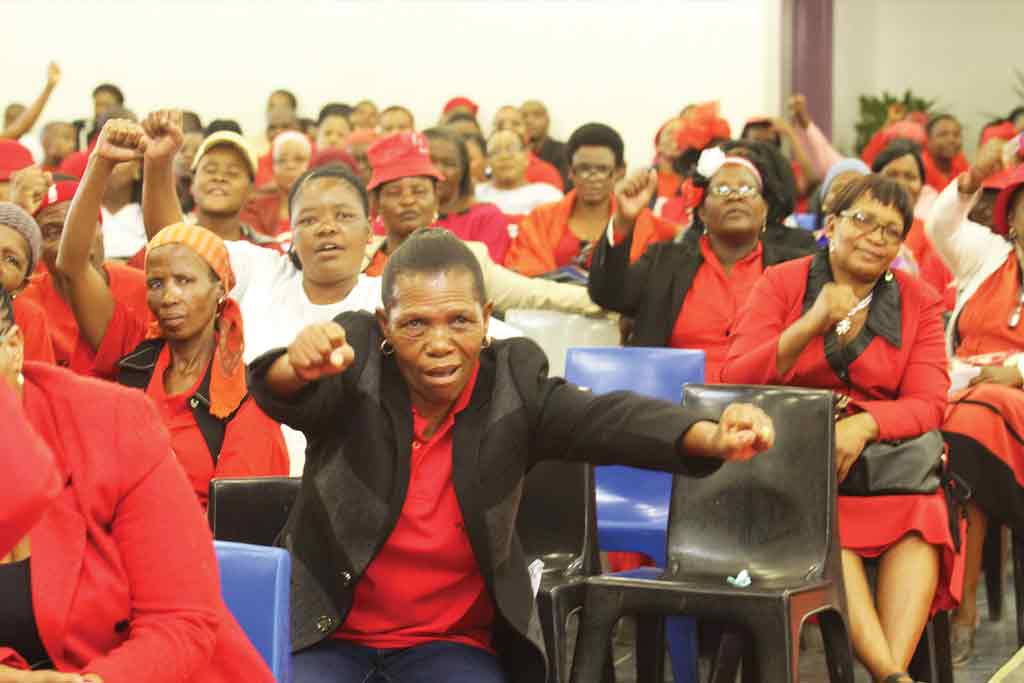