Consumers’ real incomes have been declining over the last few years, which forced many people to borrow more so as to make up for the shortfall. This compromised their welfare as household debt shot up significantly. Speaking at the release of Bank of Botswana (BoB)’s annual report in June, the central bank’s deputy director for research, Matthew Wright said borrowing has over time exceeded growth in income. Though he maintained that the debt situation has not yet reached crisis levels, Wright said there is need for close monitoring of the situation. BoB also appealed to financial institutions to sensitize and educate their customers on financial literacy. To that end, the leading provider of unsecured loans, Letshego has positively responded to the central bank’s clarion call by launching a nationwide financial literacy program last week Friday.

Letshego’s successful micro-lending business stems largely from the payroll deduction system which its operations are heavily reliant on.  The micro-lender has an agreement and is a client to Botusafe, a central register which ensures that loans which Letshego grants to government employees meet the requirements of one loan per government employee borrower as well as that of minimum take home. In an interview with Gazette Business Botusafe information technology manager Billy Bosaakane disclosed that the central register acts independently in the sense that Letshego identifies its own clients after which it provides the list to Botusafe to do an affordability and multiple loan test, which means Botusafe does not therefore as a register deal directly with government employees. He explained that the affordability and multiple loan test ensure that a borrower will on approval of the loan be able to pay it back without eroding the required take home amount. The test is designed to reduce the risk of bad debts. Bosaakane further said Botusafe has an agreement with government through which it facilitates the deduction process on behalf of Letshego. The checks and controls, which are  performed within the regulatory environment, protect financial institutions from overdue debt and in some cases bad debts which they are forced to write off as a company expense. On the other hand, the processes also protect borrowers from over committing themselves and thereby becoming prone to over-indebtedness, which according to economists has escalated to intolerable levels. The existence of such controls and processes have not entirely prevented institutions from legal expenses that occur from borrowers’ inability to continue making payments. Letshego’s chief executive officer Frederick Mmelesi said the financial literacy program, which is  intended to run throughout 2015, will initially be targeted at civil servants with the aim of imparting the basics of personal financial management such as budgeting, financial planning and discipline so as to increase financial literacy in the country. He explained that if people are able to effectively manage their finances they will as a result improve their livelihoods and also reduce dependency on government during and post employment.

Nelson Letshwene, a personal financial management trainer of Moedi Learning Technologies has been identified and assigned by Letshego to deliver the program. Letshwene explained to Gazette Business that the program termed as “seven essential money skills” will strike a balance between preventative and remedial measures to over-indebtedness. He emphasized that everyone irrespective of financial status must possess money skills such as earning capabilities, investment and savings so that they are able to effectively manage their money. 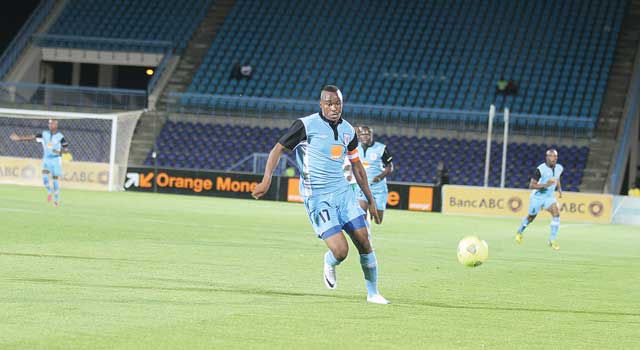