Chief Executive Officer (CEO) of the embattled National Development Bank (NDB), Lorato Morapedi, seems to have found her mojo. The bank, which profits fell from a little over P40 million to minus P86.4 million in a space of one year, recorded a total loss of P37.2 million during the year ended March 2015. This is according to unaudited financial results the bank released recently.This is a 56 percent reduction in losses when compared to the losses recorded in the previous year. The bank even reduced its impairments by 45 percent from P163.7 million in 2014 to P90.2 in 2015. Given the fact that over 90 percent of the bank’s P1.56 billion worth of assets are loans and advances to customers, the reduced impairment charge should give Morapedi a good night’s sleep.

The bank has a strong balance sheet with total equity of close to P600 million. Having grown loans and advances by 7 percent from P1.31 billion in 2014 to P1.40 billion in 2015, with a corresponding growth in interest income from P218 million to P235 million, the bank will leverage its P922 million debt to create more interest income, and profitability.

Recently, the bank adopted an ambitious three year turnaround plan to take it out of the doldrums. Among some of the targets of the plan is to reduce non-performing loans by 80 percent, and going by the current 45 percent reduction, it may well be on the way to achieve the set target for impairments.
Addressing the media on independence eve, Morapedi said the turnaround plan would on the short term concentrate on collections, zero non contamination on new disbursements, and will focus on high yielding products. She explained that the bank was still in a system settling phase and was attending to both system and data issues that have come up as a result of improved controls on the core banking system environment.

In the medium to long term, the CEO said NDB will pursue its commercialization/privatization dream. “The bank has engaged Ernst & Young to design a business model for it. Once done, it will be submitted to the Ministry of Finance and Development Planning for approval.  Once approved, the bank will apply for a banking license,” she said. Morapedi added that the process was an enabler for efficient banking through product development and improvement. She said it would allow them to widen banking services including to the unbanked and rural communities. “This is expected to improve profitability and sustainability,” she said.

As part of the banks’ long range strategy to privatize, listing on the Botswana Stock Exchange (BSE) is on its radar. The bank has to fulfill Section 3.23 of the BSE listing requirements which dictates that the bank should publish its audited financial statements six months after the end of each fiscal year. Having announced the 2014 results nine months late, the bank has reduced that time to one month given that the 2015 results were due at the end of September. NDB may be well on its way to compliance and achieving its commercialisation/privatisation dream, as well as profitability. 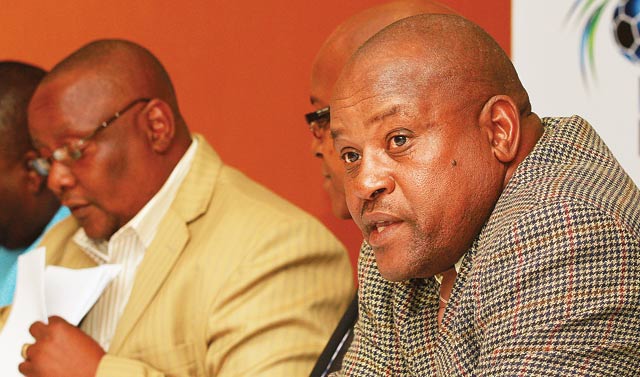