Gaborone United has not contacted Tebogo Sembowa about his suspension, and the player is the only one left in the dark after two of his teammates were pardoned and their suspensions lifted a few weeks ago. The striker is reportedly still in the dark as he is still waiting for the team to get back to him concerning his suspension.

Last month GU suspended Sembowa and two of his team mates, Mandla Mgadla and Jackie Mothatego for alleged misconduct. While Mgadla and Mothatego’s suspensions were lifted earlier this month, Sembowa remains on suspension.

“He is very worried because he is not getting any younger. He was a national team player and key to GU. Surely he should be worried about his future,’ said a source.
The trio was suspended for misconduct but Gazette Sport  could not establish clarity on exactly what crime they committed. Last month GU spokesperson Kabelo Brown told this publication that: “We have received a report from the technical team and we are still investigating. They shall remain suspended until further notice.” However, Mgadla and Mothatego’s suspensions were lifted a few days later and Brown said the players could resume training as a matter of urgency. Save to say that Sembowa’s case was different from others, GU would also not explain why he was left out when others were pardoned.

“Sembowa’s suspension still stands until further notice whilst we try to resolve the issue,” said Brown in an interview last week.

Before his suspension Sembowa was one of the most reliable strikers for GU. Since he was signed from Township Rollers in the 2012/2013 season, Sembowa has been amongst GU’s top scorers with more than 20 goals. His goal scoring exploits caught the eye of then Zebras coach Stan Tshoswane in 2012 and the player received a national team call up. Sembowa was supposed to give Zebras target-man Jerome Ramatlhakwana competition upfront, but injuries and lack of match fitness let him down. Meanwhile GU has been fending off overtures from rivals Township Rollers who are interested in luring Sembowa back to their fold.

Rollers even made an attempt in the past transfer window but GU was persistent that they will keep the striker. There is rife speculation that Sembowa might wait for his contract to end next year July or push to become a free agent during the December’s transfer window so he can rejoin his former team.

The Bakang Moeng saga
Still at GU, Bakang Moeng, who took the team to the Labor Department to challenge his expulsion last week, remains terminated. Lasts week there were reports that Moeng could be reinstated after talks between GU and his representatives Football Union of Botswana (FUB). It seems the two parties are still at a deadlock as GU maintains that Moeng’s situation remains unchanged while FUB said they are still waiting for GU. 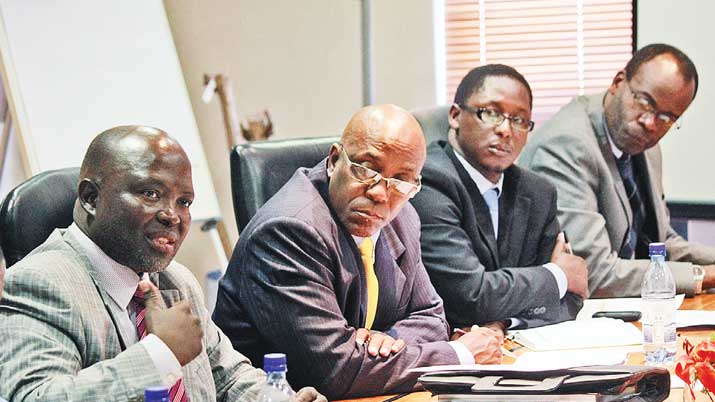