Mamelodi Sundowns will make a last ditch effort to persuade Platinum Stars to allow Mogakolodi Ngele to join them. The clubs are currently locked in negotiations for the forward;  an initial agreement allowing  Ngele to return to Stars on loan this season was seen as a sweetener in the deal but the move has since been halted.

Sundowns often includes a clause that denies their loaned players to face them in official competitions and  this is believed to have caused a snag in the deal since Stars want their star player to be available for all crucial fixtures in the 2014/2015 season.

However, the club’s owner Patrice Motsepe has hinted that his club could finally abandon their stance against players they have loaned out. “I don’t want players not to be playing. If a player is not in the plans of the coach, we should allow him to play elsewhere, including playing against Sundowns,” Motsepe said during the club’s awards ceremony last week.

This is seen as Sundowns’ latest offer to appeal to Stars and eventually finalize the transfer. Downs are yet to formally inform Stars of their willingness to abandon their loan policy, experts believe that once the Motsepe owned club does so the deal could be completed.

The pending transfer of Eleazer Rodgers, who is also part of the deal, is another stumbling block as Gazette Sport previously reported. Rodgers has not yet finalized his move to Stars and this has resulted in the latter’s stand off; Stars want to complete the Rodgers transfer before allowing Ngele to officially form ties with Sundowns.

Ngele is currently sidelined by a knee injury which troubled him last season. The former Township Rollers forward is at risk of being a bench warmer if the deal collapses. He was on the bench during his side’s MTN 8 quarterfinal against Sundowns.

Coach Alan Freese explained that he left Ngele out due to ‘tactical reasons’. Freese is renowned for demanding loyalty from his players. Ngele’s constant link to Sundowns reportedly agitates Freese, the player’s leaked photo donning the Downs kit before the completion of the deal has also angered his Stars.

Freese stated that Ngele could return from injury to face Mpumalanga Black Aces on Wednesday, a further indication that Stars are not yet ready to finalize Ngele’s transfer to Downs. With only eight days left before the transfer deadline date ,it remains to be seen whether or not the deal will be completed. 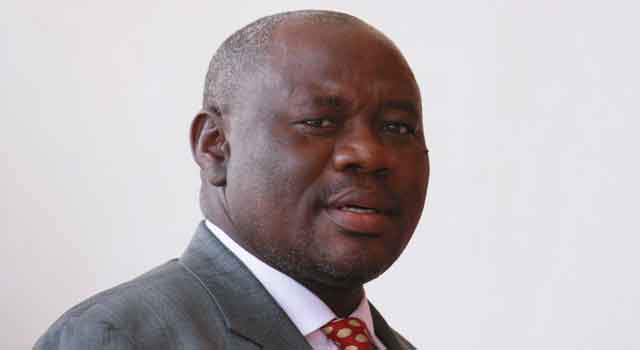