FRANCISTOWN: Botswana Democratic Party (BDP) Member of Parliament for Tati East, Samson Guma Moyo is fi ghting a two-front political war in which he is simultaneously battling for the chairmanship of the party and to represent the BDP in the 2014 general elections. Moyo, who has mounted a fi erce campaign against Pelonomi-Venson Moitoi for the position of chairman of the ruling party, is facing an uphill battle from his comrades who want to replace him as BDP candidate for 2014 elections.

In the battle for the constituency, Moyo is challenged by the specially elected Tati-Siding Councilor, Chivuya Peter Kuchwe and a businessman Sean Sebele. While little is known about the duo, both are optimistic that they will defeat Moyo. Moyo, who has been the preferred candidate for 2004 and 2009 elections, has had a brief political stint at the BDP splinter, Botswana Movement for Democracy (BMD), something which his political rivals hope to exploit for the primaries. It is believed that his defection to BMD, albeit for a short period, has tainted him politically and may inhibit both his party leadership and parliamentary ambitions.

Sebele told Northcast in an interview that though he has never stood for any position in the party he believes that he will win as he is better than his competitors. He pointed out that very little was known about Moyo when he fi rst won the primaries and subsequently the parliamentary seat arguing further that he is well known in the area. “I was born and bred in Senyawe in a BDP family; furthermore, I have contributed so much to political activities of this constituency money-wise and in other ways. When Moyo made his debut as the MP for this constituency little was known about him but he managed to topple Chapson Butale. So I am optimistic that I will sail through the primary elections because I am well known,” said Sebele con-fi dently. Sebele’s campaign manager, Stephen Mandefu was however reluctant to discuss Sebele’s candidature but said he is positive that Sebele will clinch the ruling party nomination for 2014.

“For now I cannot discuss anything as it against party policy to discuss such matters with the media,” he said. Another Tati-East constituency aspirant Councilor, Kuchwe told Northcast that the outcome of the coming elective congress of the BDP, in particular the chairmanship, will determine the strength of their course of action. “For now our team cannot predict the results of the primary elections but once we know the outcome of the congress we would know how to prepare and strategise,” revealed Kuchwe. 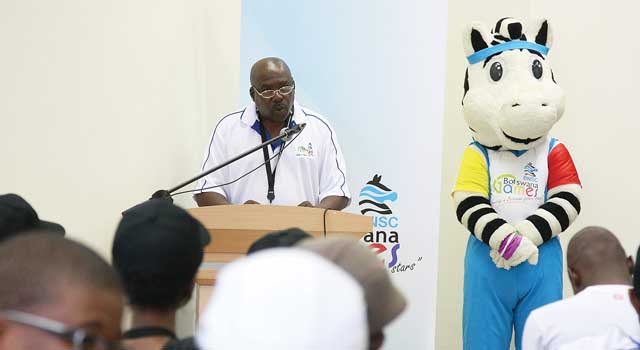