Argentine coach Rodolfo Zapata has started early mind games in the race for the BTC Premiership title by claiming the eventual champions will not surpass the 60 points tally. It has rather been a topsy-turvy Premiership campaign with no team pulling away from the chasing pack but the Buenos Aires born coach remains optimistic Gaborone United can challenge for the league.
“This league is very weird, the champions are not going to collect more than 60 points so we have 22 games and we still have chances. We are GU so we are no small team,” Zapata told Gazette Sport.
Although others might view Zapata’s statement bleak by it has been proven that going beyond the 60 points offer a better chance of winning the illustrious first prize. Interestingly, last season’s top three title challengers Township Rollers, Mochudi Center and Orapa United all yielded points in the 60-65 range.
“GU is the better team who play football in Botswana, we always dominate most of the games however, unfortunately at times we have a group of young players and I believe young players win games and experienced players win championships,” Zapata explained.
Moyagolele triumphed over Bongani Mafu’s Chiefs with a 2-0 score-line courtesy of strikes by Tumisang Orebonye and mercurial winger Mpho Kgaswane. The result took intense pressure off  the former Mpumalanga Black Aces coach after speculation that he might be replaced by Philani Mabhena. If indeed there could be a temporary stumbling block to success at Zapata’s side while he searches for his best side, the resurrection of Kgaswane could prove crucial to their title chances.
“I have worked hard in training because I want to see myself playing outside the country. The coach is very demanding from all the players and at the start of the season I think I was not picked because of my work rate so now I have improved on that aspect. I am aware of interest from Platinum Stars so this season is all about impressing those guys,”Kgaswane told this publication.
Prior to the victory over Magosi, the Reds had only accumulated 9 points out of a possible 24 prompting suggestions of a coaching change.
“We always try and play the same way unfortunately in some of the games this season we did not finish  the chances we created so I believe we dominate games. I am happy that everybody can see on TV how good we play and I give opportunities to six or seven Under 23 who are the future of this country,” Zapata concluded.

We want to win them all – Molao 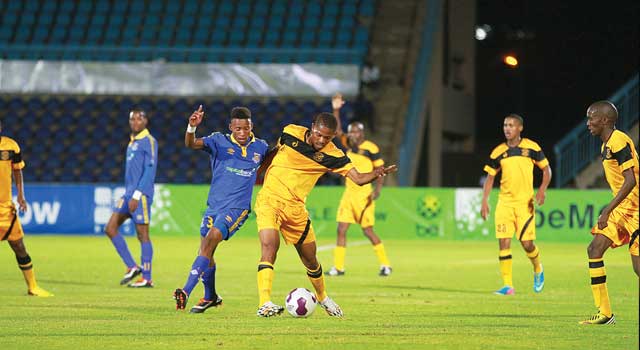