November 30, 2020 Admin
Home»Sports»News»A history of Butler and Kgomela’s feud, how it started
News/Sports

Zebras coach Peter Butler would be the first to acknowledge that he is not everyone’s cup of tea, he prides himself in not sugar coating his statements and ideas, that has won him more critics than supporters in the football loving public this past week. His highly publicized feud with Botswana Football Association Technical Director Benny Kgomela has long been brewing since last year.
Butler has publicly stated his frustrations in regards to his working relationship with BFA Technical Director. Their supposed feud is a classic example of an introvert against an extrovert, Kgomela being the introvert as he has kept his cards close to his chest and the transparent Butler being the extrovert.
Although Kgomela’s feud with Butler’s then assistant Pio Paul in October 2014 agitated Butler, it was not the catalyst to their feud as  their paths did not cross directly in this case.
The misunderstandings between the duo started in late 2014 when Butler initiated a Future Stars Youth program that would focus on coaching clinics for young players around the country, it is alleged that the idea was rejected by Kgomela although official confirmation of the allegation is pending.
The Future Stars program was in action in November 2014 despite the BFA technical department’s reported lack of support, however the association did provide the football ground at the Lekidi Football Center for the event to be successful.
A source had claimed that the two clashed because Kgomela felt Butler was overstepping his boundaries while another claimed that Kgomela resented the idea because the idea was not his brain child. The event received financial support from the British High Commission, Haskins and Nicholas Zakhem.
Another factor that contributed to the hostility between Kgomela and Butler was the reported absence of a development road map that was supposed to have been submitted to Butler within his first six months.
Both men have given contrasting responses to the availability of the development road map, Butler had stated that he had long waited for it while Kgomela had stated that the road map is a three year plan that requires time in order to be completed.
The two clashed again when Kgomela reportedly blocked Butler from organizing a pre-camp gathering of under 23 players who Butler had lined up to see if he could include a few of them in an upcoming national team game.
In April 2015, the tension between the two boiled over again as Kgomela was accused of blocking Butler’s attempts to assist the women’s national team’s technical team in their preparations for their All Africa Games Qualifier against South Africa.
Butler had been frustrated as his ‘helping hand’ had been reportedly turned away while Kgomela felt justified as he pointed out that the coach was not contractually obliged to assist the women’s team despite the positive gesture.
Once again, the duo is said to have been at odds after Butler’s attempt to expand the Future Stars Youth coaching clinic to areas in the south was rejected by the BFA’s technical department without being given valid reasons for the rejection.
The recent problems are the culmination of problems that have been boiling up between the two BFA employees and they have shown no signs of ending. Could Kgomela be a pawn in a much bigger battle between the powers that be and Butler, or is the Englishman being deliberately frustrated by the technical department? Only time will tell. 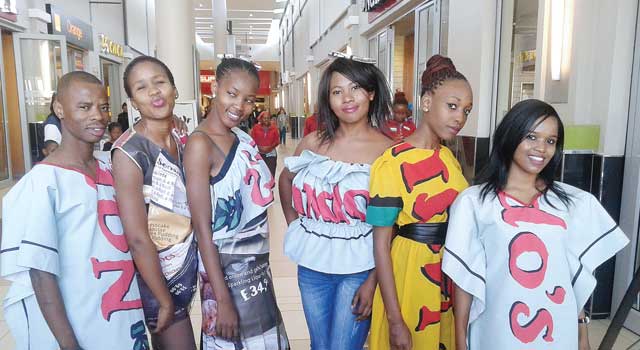