Botswana Athletics Association (BAA) continued their shine as Botswana’s best sporting bracket of the year 2015. The BAA scooped a tally of six awards at the 35th Botswana National Sports Council Awards this past weekend.

For his part, the BAA’s Public Relations Officer Ronald Masalila expressed the association’s gratification and pointed out that the accomplishments were a long time coming. “We are very happy with what we have achieved at this year’s awards but we as the current committee would not want to claim most of the success as one would have to remember that we are a new committee in the office, and the awards reflect on the success of last year.” the PRO stated.
“The BAA did very well last year and these achievements are a proof of that, it has also shown that BAA remains the best code in Botswana,” said Masalila. He maintains that his association could have achieved more than the six awards they took home on the night.

“We submitted the names of the nominees late last year, around December and they did not submit for other categories. For example, we won the Team of the Year award but we were not nominated under Code of the Year. Winning all these awards also shows that we were the best code administratively,” he continued.

He further stated that the BAA development structures have played a pivotal role in the rise to fame for most of the sparkling athletes. “Most of the successful athletes are products of our junior structures; most them performed at the BISA and BOTESA games. Leungo Matlhaku and Karabo Sibanda were also part of these games,” the PRO noted.

“Although we have challenges of teachers having withdrawn from assisting students in sporting activities there are teachers who have never given up on the students. We also have centers of excellence, like in Good Hope, where these athletes go to during school vacations. Karabo Sibanda was also another who has been part of the center of excellence,” he added.

Masalila ended by promising many more awards  to come the way of the local athletics body  for the next couple of years.
In other categories, the Botswana Boxing Association’s Pearl Morake bagged the Sports Woman of the Year, while Keamogetse Kenosi scooped the Junior Female Sports Person of the Year.

The award ceremony took an emotional twist when, Nijel Amos displayed a great sportsmanship gesture which will go down to the archives of Botswana sporting books, as he gave away his Sports Person of the Year award worth, P70 000 to his former teacher and mentor Kereng Mafefe.
Amos went on to reveal that he won his 800 meters gold medal at the Glasgow Commonwealth despite carrying a thigh injury. 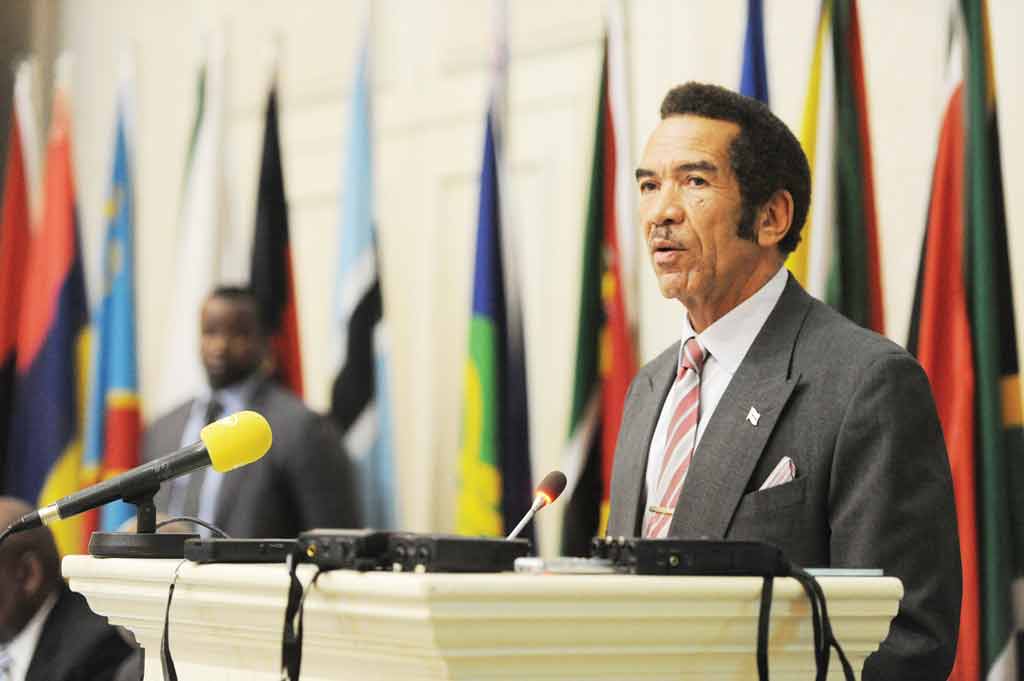