The Botswana Athletics Association (BAA) has been hit hard by a fraud scandal. Information reaching Gazette Sport states that one of trustees of BAA Holiday Matibini has been served with a suspension letter pending investigations of fraud.
It is alleged that there have been fake purchase orders amounting to over P500 000 produced with forged signatures of executive members. It is reported that members whose signatures where forged  at the BAA office are as follows; Glody Dube, Olebogeng Oitebetse,  Legojane Kebaitse and Mompati Nkwako.
Speaking exclusively to this reporter  the BAA Public Relations Officer Ronald Masalila has confirmed the matters of suspension. “I can confirm the suspension of our officer Holiday Matibini on allegations of fraud activities involving BAA finance,” he said. He stated that the matter is being investigated at Central Police Station as the victims were asked to write police statements last week Monday.
When asked if the BNSC is aware of the tornado that just hit the association he said, “BNSC are very much aware, in-fact they will appoint an audit in due cause to investigate the matter further.” A source close to BAA, who requested for anonymity to avoid victimization, said that one disturbing purchase order produced was allegedly authorized by the BAA vice president, at a date that he was not in Botswana but in Rio for the Olympic games.
When reached for comment, the association vice president, who also found his particulars being allegedly mentioned in the forged purchase orders, confirmed the matter, “Yes it is true there is such a case in our office, the association is being investigated on fraud activities and one of our officers has been served with a suspension letter. We recently went to the police to write statements but that is all I can say for now as this is still at fragile stage.”
This publication has found unconfirmed reports that there has been mismanagements of funds. Its is alleged that the likes of Isaac Makwala has not been paid his P10 000 for being part of the Doha relay team in May 2016.
Makwala was part of the relay team but on the reserve side, the unconfirmed reports say that one BAA executive told Makwala that he was not entitled to claim anything from the relay, something a close source feels it should be investigated as all athletes where paid except Makwala.
Gazette Sport has been tipped by a reliable source that the participants of the World Junior Championship had to beg since July 2016 to get paid as the relevant officers had to drag their feet instead of issuing payments. 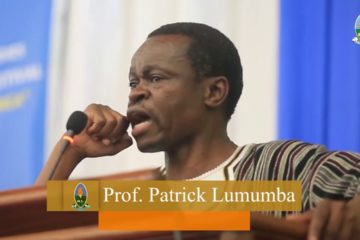