Admin 2020-04-06
Admin / April 6, 2020 / 110
0
Shares
Facebook Twitter Pinterest WhatsApp
BONGANI MALUNGA
Local production company, Baboneng TV Productions, has lost a court case against the Botswana Football Association (BFA) in which it challenged the latter’s decision to terminate its broadcasting rights contract. Baboneng had filed an urgent application but eventually lost the case with costs.
In 2018, the two parties signed a P9 million deal under which Baboneng would, through Maru TV, broadcast 90 games of Debswana First Division League live for five years. The deal was historic in that the First Division had never had a nationwide television platform. However, the BFA decided to pull the plug on the deal after Baboneng reportedly failed to honour its agreement to televise the games. In terms of the contract, the production company was also to disburse P1 million in advance to enable a smooth running of the division in the first season. However, as it turned out, Baboneng allegedy broadcast only two games.
A BFA source has told Gazette Sport that disbursing the money would have seen clubs taking home monthly grants of P50 000 each. “We had projected that we would get money for the broadcasters to run the league, that never happened,” said the source. “We risked running the league on a deficit. Luckily we did not bank on them and we managed to run the season.”
The source suggested that Baboneng did not provide money up front in accordance with contractual terms apparently because the company had anticipated getting money from sponsors and advertisers with which to fulfil its end of the bargain. However, Banoneng reportedly never paid the BFA what had been agreed.
Contacted for comment, the Secretary General of the BFA, Mfolo Mfolo, said while he was aware of the court ruling in the BFA’s favour, he could not elaborate because he had not read the judgment.
Previous post 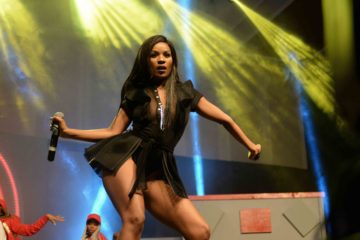