Zebras hopeful Renei Batlokwa has informed Gazette Sport that he is edging ever closer to earning a place in the Southend United first team squad. Batlokwa has been a standout performer for the English League One club’s under 23 side and has been earmarked for a promotion to the senior squad.
Batlokwa, who is based in England and also eligible for a Zebras spot, signed his first professional contract in June this year after an outstanding spell in the club’s youth ranks. He recently scored a brace for the Southend under 23s in their 3-2 win over AFC Wimbledon and many have seen this as a stepping stone to the first team.
The club’s manager (head coach) Phil Brown reportedly holds Batlokwa in the highest regard and has selected him in his squad for pre-season squads. Batlokwa told this publication that he has been in touch with Brown about his first team prospects as the player feels he is ready to take the next step in his Southend career.
“I speak to the boss (Brown) regularly and I am aware of what he thinks of me as a player. I have been in his office a couple of times eager to get into his squad and I know what I need to do. I feel stronger and fitter now more than ever and that has shown in the under 23 games. I have also had to be patient for a chance this year and I want to continue creating and scoring goals so that when the chance comes I impress to a great extent,” Batlokwa told this reporter.
Brown, a former Hull City manager (head coach), has recently been linked with a move to Sunderland and Batlokwa will be hoping that the coach remains at Southend to oversee his natural progression into the first team.
Batlokwa has also opened the door to a Zebras call up, former coach Peter Butler tried on numerous occasions to invite Batlokwa to get a closer look at him but the attempts proved unsuccessful. Renei has stated that he would be willing to honour a future invitation if new coach Major David Bright is interested in having him on board.
“I have not actually spoke to the new Botswana coach but I have been told that he is keen to call me up. We will have to wait and see what happens,” Batlokwa concluded. 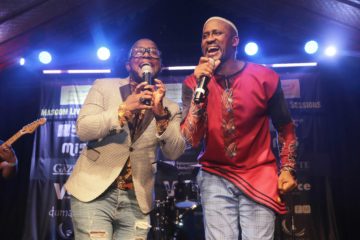