The Botswana Chess Federation will host a one day chess event this weekend, dedicated to raising awareness about breast cancer. Globally, the month of October is recognized as Breast Cancer Awareness Month. Campaigns are held across the world to raise funds for research into its cause, prevention, diagnosis, treatment and cure. Information and support is also offered to those affected.
In 2012 it resulted in 1.68 million cases and 522,000 deaths, thus proving it one of the world’s most dangerous type of cancers in both men and women. It is not often that local sporting associations engage in activities of such nature, however BCF has since saw the need to join in with international communities in spreading the word against the disease.
According to a brief statement from the chess federation, the one day competition which will be held at the University of Botswana, Saturday 29 October, will include speeches and educational pieces from breast cancer survivors.
“October is Breast Cancer Awareness Month and at Botswana Chess Federation we are also joining the communities working on raising breast cancer awareness in creative ways,” reads the top half of the statement.
“The one day blitz chess tournament aimed at helping raise awareness through chess. There will be speeches and education from breast cancer survivors,” stated the communique.
BCF Public Relations Officer Keenese Katisenge further added that the mini commemorate tournament will be open to both men and women for participation. “It is open to both men and women. Foreign players will take part, but these are those based here in Botswana,” said Katisenge.
She added that, though the event is fully self-sponsored by the BCF, players’ entry fees will be added up, and divided into prizes.
“The chess community is coming together and contributing towards a good cause. The tournament is self sponsored and entry fees will be used as prizes. It’s sort of a social responsibility initiative from BCF. Cally Clothing has however sponsored the event in kind by providing 100 Breast Cancer Awareness t-shirts for participants,” she ended.

Batlokwa at a historic English club 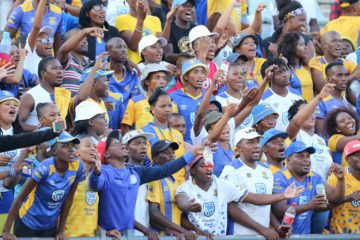