The extended local football transfer window officially came to a close this past Friday dominated by the big summer dealings of Mosha Gaolaolwe, Tendai Nyumasi, Omaatla Kebatho,Jerome Ramatlhakwana and lastly Thabang Sesinyi. But away from the limelight there were meaningful and shrewd signings. Gazette Sport correspondent runs over who did the best business ahead of new Premiership campaign.

Mosha Gaolaolwe joins Township Rollers
Mark Harrison did most of his business quickly and decisively, bringing in a couple of proven Premiership performers in Gaolaolwe,Ntesang Simanyana,Lemponye Tshireletso and Kekaetswe Moloi,while adding bargain buys from around Africa with Pape Abdoulaye Ndaw.
Despite doing the bulk of their business early, Gaolaolwe’s move came with a bitter taste while he was still contracted to his former club BDF XI. Linked heavily with PSL sides,the Zebras defender surprising opted for Popa who  themselves have equally vasts amount of financial reserve. The 23 year old ticks all boxes of a complete defender with his huge frame and timely interceptions in the last line of defense, however it remains to be seen who he will replace in Harrison’s already strong defensive cover.
Sesinyi joins Jwaneng Galaxy
Success in finishing in the top half of the Premiership campaign has enabled the mining club to raise their sights in the market.It was inconceivable that they could have landed a major coup Thabang Sesinyi after his heroics in the Cosafa Cup challenge. Nonetheless, it has been confirmed that he has joined new coach Mike Sithole, after his move to Baroka failed to materialize.

Kebatho joins Orapa United
Vasco Da Gama reject Omaatla Dunga Kebatho joined the well-trodden path of Botswana’s Absa Premiership players who have left the elite league back to our local borders. Quite possibly,Dunga’s move to Madinda Ndlovu’s side seems to be a match made in heaven with the Zimbabwean widely lauded to bring the best out of his players.

Nyumasi joins Orapa United
The prospect of Nyumasi’s partnership with fellow new boy Kebatho is likely to provide a mammoth task for opposition defences. Also capable of scoring goals, Nyumasi was a key member of Chiefs’ squad that challenged for the league title last season. Ndlovu has had time to bed in new comers with pre-season friendlies, so it will be interesting to see if they can replicate their impressive showing last season.

Ramatlhakwana joins Center Chiefs
As previously reported by this publication Chiefs have captured the signings of former players Ramatlhakwana, Phenyo Mongala and Noah Maposa.The ageing striker will certainly add a squad incision and power in the Chief’s new relatively front line after the departures of crucial players in Nyumasi and Tshireletso. 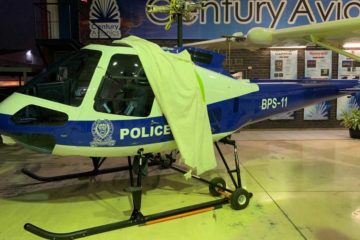