The Botswana Football Association has given former Township Rollers coach Mark Harrison until Friday to respond to a probe questioning his presence at a CAF A License course in Lesotho without their consent. Last week this publication reported that Harrison was under investigation from the local football governing body after they intercepted an attendance certificate that confirmed that he had indeed unlawfully attended the course.
The association also informed former Technical Educational Officer Phil Makhwengwe that he was also a person of interest in their investigation and he could also be charged if investigations reveal that he was directly involved in helping set up Harrison’s trip to Lesotho.
The association has taken up the matter because Harrison’s attendance is a breach of Section C (3.6) of CAF’s Rules and Regulations which state that, “The Officer should collect the advice and the recommendation  of the MA(Member Association) Technical Director about the selection of the participants attending zonal and local courses.” In this case, the association was not informed of Harrison’s trip and they are seeking answers.
Both men were given different deadlines to submit documentation that shows just cause why they should not face action from the association. Makhwengwe was given until last week Friday to submit and he duly obliged by submitting his document well in time.
As it stands Harrison is yet to submit his written response but has verbally acknowledged receipt of the association’s instruction. BFA Public Relations Officer confirmed that they are still awaiting Harrison’s official response at the time of press, he also confirmed that the association had received an official response from Makhwengwe.
If found guilty Harrison could face punishment in the form of a fine or a ban from getting CAF A License badges in Africa, which would rule him out of ever coaching in the CAF Champions League and Confederation Cup in the future. The BFA is expected to seek the help of their Legal Advisor before taking action, a decision which will be taken by the NEC. 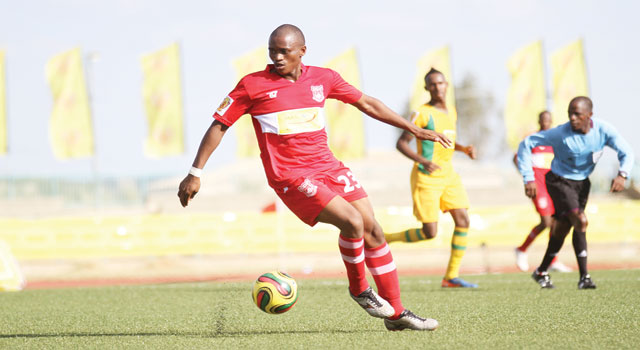