The Botswana Football Association’s drive to improve the country’s football will get a boost when they exchange notes with other African federations during a study day on the development of football infrastructure that will be held in Morocco on Saturday.

The study is being organised by FIFA in conjunction with the Confederation of African Football (CAF) and is scheduled for 1 February with over 200 representatives of African football associations expected to attend.

BFA president Maclean Letshwiti has confirmed he will be attending the symposium.

Botswana is in the grip of football infrastructure crisis with at least 10 of the Premier League clubs not having proper grass turf training grounds.

Ahead of the symposium, Minister of Youth Empowerment, Sport and Culture Development Tumiso Rakgare and Zebras coach Adel Amrouche decried the lack of adequate football facilities in the country.

“Our (Premier League) teams train on a hard surface, but during the weekend they play competitive games on grass. They go into the national team and start playing on grass, so they always need to be adapting (which affects one’s game),” Rakgare said.

Amrouche added: “The speed at which the ball moves is not the same on a hard surface and on grass, which means the players need to adjust all times.”

The symposium will be held at the iconic Mohammed VI Football Complex in Salé, north-western Morocco, with FIFA president, Gianni Infantino and his CAF counterpart Ahmad Ahmad scheduled to attend.

Interestingly, in November last year, the FIFA boss said he wants to invest more than P10.6 billion in the African game and found an African league.

Infantino made the promise while in Congo to celebrate the 80th birthday of club TP Mazembe, one of Africa’s biggest clubs.

“We want to bring it (Africa) to the highest of heights and show the world the outstanding talent and amazingly gifted players your continent possesses,” said Infantino.

At the centre of his strategy, he said, was infrastructure development. The football infrastructure meeting will precede the all-important CAF Executive Committee meeting set for 2 February.

Meanwhile Morocco’s city of Laayoune is set to host to the African Futsal Cup of Nations 28 January to 7 February, a competition between the continent’s eight best national futsal teams. Morocco will be hoping to retain the title, but face stiff competition from Egypt.

Air show billed for this weekend 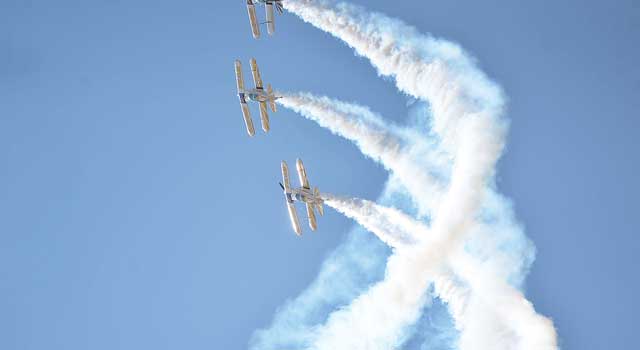