Botswana Karate Association (BOKA) Vice President technical Mpho Bakwadi has revealed the association is set to invite Pinetown (SA) JKA instructor Karin Prinsloo to help in preparations for the World Championships in Austia slated on the 25-30th October.
The team which includes All Africa games medalists in Tsholofelo Maduma, Ofentse Bakwadi,Lame Hetanang,Merillynn Manthe, Baone Radiposo while Thato Malunga has been omitted for academic reasons.
The 23rd World Championships in Linz,Austria comes a month after the International Olympic Committee (IOC) declared that Karate will be inducted in to the 2020 Tokyo Olympic games. However preparations for the Boka recently hit a stumbling block after South Africa and Namibia pulled out hosting a warm tournament ahead of the Championships. This publication also understands that  BOKA had to make late amendments to invite Prinsloo for training,after Japanase National Championships gold medalist Rita Usani declared herself unavailable.
“Despite the cancellation of the tournament in South Africa,we hope the invitation of Prinsloo will help our team,especially the ladies with the much needed preparations.We hope to do well in the games looking at the team BOKA has assembled,although Thato Malunga will be not be available for the games.Prinsloo is an instructor who is highly decorated in South African karate,so we expect the team to learn a lot from her”,Bakwadi told Gazette Sports.
Being a Karate instructor requires a diverse array of talents and a substantial knowledge of the sports which is promidantly by males,however with Prinsloo her widely recognized accolades sparks interest. Prinsloo has represented South Africa at the WKF World Championships in Kota Kinabalu,Malaysia (1994),Sun City, South Africa  (1996),Munich,Germany (1998) and Madrid,Spain (2002).She has also been crowned the female open kata champion 12 times and open kumite champion 7 times,between 1991 and 2008.That led the Japanese Karate Association to grade by Tanaka Sensei and Stan Schimidt still in 2008.
Meanwhile Bakwadi revealed that the criteria used to select the team travelling to Linz in October was not different to other competitions,as only those who won medals at the All Africa games 2015 were eligible for the Championhips.
“Karatekas who won medals at the All Africa games are only eligible to represent us at the World Championhips.All Africa ladies Kumite silver medalist Lame Hetanang,alongside bronze medalist Bakwadi,Manthe,Maduma and Radiposo are expected to do well in the Championships,”Bakwadi concluded.

Chiefs vs Rollers: Let the football do the talking 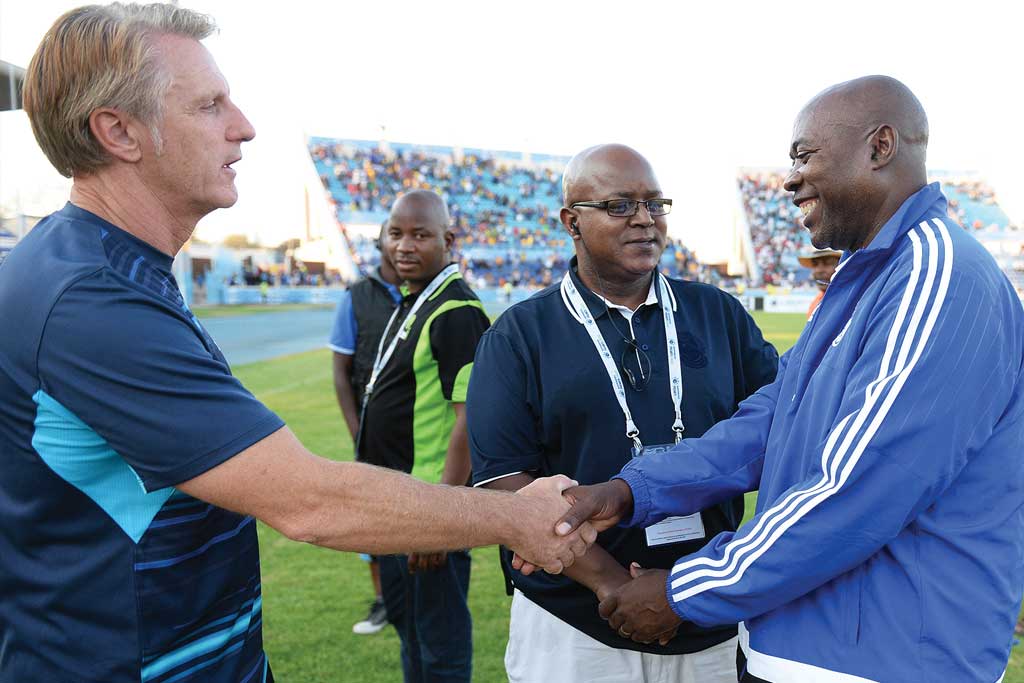