The International Olympics Committee (IOC) announced this past week that surfing, skate-boarding, climbing, karate, baseball/softball have been approved to revamp the upcoming 2020 Tokyo Olympic games, much to the delight of the Botswana Karate Association (BOKA).
Down the years traditional martial arts sports in  Judo and Taekwando had been dominant in the Olympics games despite somewhat having a small audience compared to Karate. However that led to World Karate Federation President Antonio Espinos to make his case for the sport’s inclusion, a move which beared fruits for Karate followers.
In an interview with Gazette Sport Botswana Karate Association spokesperson Mpho Bakwadi revealed that BOKA are excited by Karate’s addition in the 2020 Tokyo Olympics by the IOC.
“As BOKA we are very much delighted with the by the decision by the Olympic Committee, because we have been waiting for this moment when all Karatekas got recognition and honoured. The association is going to hold a meeting in which we will review and design a plan for our team in the coming years,” he revealed.
“Interestingly if people have a look at the team we have, most of the guys are quite young so they still have got age on their side. For now we do not know what qualification criteria is likely to be used for the games so we are awaiting a report from the IOC,” Bakwadi stated.
Meanwhile, Bakwadi lamented on the lack of funds and support despite doing well in international competitions in the last few years.
“Unfortunately for us we have to face that we work on a small budget, but in the end we always find a way to match top countries in competitions. Our main intentions are to prepare for the Tokyo Olympic games as early as now, so we want to do well. The World Championships in Austria are coming up so we want to use them to challenge our karatekas against the best in the world,”Bakwadi concluded. 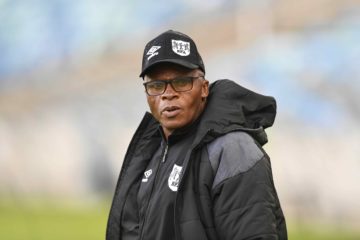