The local boxing fraternity is mourning the death of the sensational Tefo Maitewa who died this past Friday due to a brain tumor.

Aged 22, Maitewa had a promising boxing career. This is the pugilist who first represented the country during the 2016 African Union Sport Council (AUSC) Games which were held in Angola on which he won a silver medal. The Molepolole Boxing Club boxer was part of the national team that represented during the 2018 Gold Coast Commonwealth Games; he went with the team for development purposes. His last competition with the national team was during the Tokyo 2020 Olympic qualifiers which took place in Dakar, Senegal this year February.

Speaking on the death of Maitewa, national team boxer Rajab Otukile noted that Maitewa was a hard worker and  special boxer who used a left hand. “Left handed boxers are referred to as southpaws and Maitewa was the only boxer of that calibre in our team,” said Otukile. “He was a very important member of our team because most of the international boxers are southpaws so we always drilled ourselves for that kind of boxers with him. He had a promising boxer so we have lost; he was one of those boxers who gave me a hard time during competitions.”

Keamogetse Kenosi who earlier this year became the first local woman boxer to qualify for the Olympics had the  following to say when commenting on the death of Maitewa; “He was a good boxer who was dedicated to his work.  He was the most hard working boxer and we hoped that he will be next big thing in the local boxing fraternity.”

For  his part, Botswana Boxing Association (BOBA) mouthpiece Taolo Tlouetsile noted that Maitewa was a  consistent boxer who had a promising career. “He used a left hand and it’s difficult to come across such boxers in  Botswana, that is he always formed part of national teams’ camps,” he said. “He was a very special breed due to his playing orientation.” 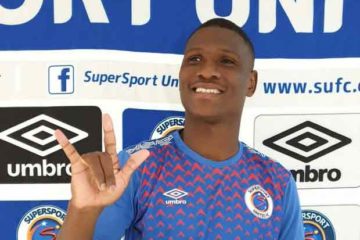