Zebras coach Peter James Butler has taken a swipe at suspended Botswana Football Association (BFA) CEO Kitso Kemoeng for failing to acknowledge the Tanzania and Mozambique friendlies invites. As a result, the Botswana senior national football team has been inactive in the last two FIFA international dates.
Gazette Sport has established that Tanzania Football Federation (TFF) President Jamal Malinzi and Mozambique coach Abel Xavier sent friendly invites to Kemoeng, but he abruptly brushed them off, much to the frustration of the Briton.
“I personally organized those friendly games against Mozambique and Tanzania, however KK (Kemoeng) shockingly did not acknowledge them to the BFA hierarchy. Look I am quite close with Abel Xavier from his playing days in the UK and the Tanzania FA President, so both parties were keen on the games however the CEO at that time was uncooperative,” Butler revealed to this publication.
Reports have repeatedly linked the British with the Tanzania national team post, however the outspoken coach is keen to see out his term which ends in March 2017.
“I have a lot of respect for the Botswana people and the new BFA president MacLean Letshwiti so I will serve out the reminder of my contract,” Butler stated.
While the new regime of the Letshwiti administration cannot necessarily be drawn in the series of events that unfolded, investigations reveal that a small contingent of the National Executive Committee (NEC) members were aware of the interest of both countries.
Nonetheless, it cannot be denied that financial constraints have paralyzed the administration of the country number’s one sport in the past few months. Earlier on this year during the BFA Annual General Assembly NEC Vice President, Marketing & Research Mashlow Motlogelwa acknowledged that the association is running on the deficit of P10 million.
Despite Butler’s strained working relationship with Kemoeng he believes the new BFA committee will improve the fortunes of local football.
“The new President (Letshwiti) seems to be a hands on President, he has a vision to develop soccer in Botswana, but he needs proper backing from the people in the structures. I personally like his vision on targeting talent from grassroots developments, and covering all regions of the country,” Butler stated.
Since Butler took over, he has faced a baptism of fire from local followers on his selection process, however he has sharply gone against the grain. Tasked with rebuilding a side that has barely survived financial ruin, the Englishman has integrated youth in the Zebras set up which raised head shaking moments at first. Players such as Omaatla Kebatho and Lebogang Ditsele have benefitted from exposure at national level which helped them gain moves to South Africa.
The way Butler has eradicated the ‘popular player tag’ notion on his selection criteria is no fluke, prompting the association and supporters to pull the same way.
“I have just come back from a three week trip from the Northern region spotting young talent that I want to have a look at in the youth national teams. It is really important that the selection criteria for all levels covers all regions because I have seen some unbelievably talented players especially from the north region,” the Briton stated.
Efforts to reach Kemoeng for a comment proved futile as his suspension prohibits him from giving interviews, however, a close associate of his denied the allegations made by the national team coach and stated that financial constraints prevented the national team’s friendly game activity. 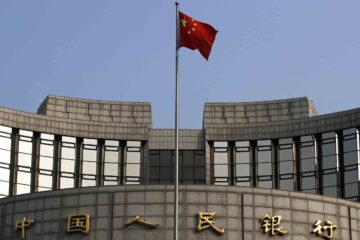