Averbal contract extension agreement has now been reached between Zebras Head coach Peter Butler and Botswana Football Association President MacClean Letshwiti this past week putting an end to swirling rumours about his future.

According to sources, both parties struck a deal amid interest from the Burkina Faso Football Association and Al Hilal. In an exclusive interview with this publication Butler confirmed that a verbal understanding had been reached with Letswiti so a deal is likely to be finalized soon.

“I have been in Shakawe this past week on the youth league but when I came back I got in a meeting with  Letshwiti so everything went well. He (Letswiti) is  a humble man so he asked me if I wanted to continue with my job and I said yes. My contract finishes in March however myself and the president have been communicating and I have to say he has been very good, understanding and he wants to bring the uncertainty to a swift conclusion,” Butler told Gazette Sport.

Butler has also denied reports that he is pushing for a contract extension from BFA. “A lot has been said that I have been pushing for a contract extension but I have stayed committed to serving the remainder of my contract with no demands. Even when the Sudanese team Al Hilal approached me last year I told them I am still contracted to the BFA, I was not interested in their offer at all,” said the former West Ham player.

Meanwhile this publication has learned that BFA have lined up international friendlies in the March FIFA window with Zambia and Namibia respectively.

“We are looking at two games in the March FIFA window against Namibia in Maun and Zambia at Francistown,also in April I shall be bringing players in for 3 day camps. We need to get players in as soon as possible and get this young group working together again as we have suffered due to no international activity and ignoring FIFA windows,” Butler revealed.

Since taking over the senior national team post, the Englishman’s tenure has split opinions making COSAFA semifinals and finals appearance in 2015 and 2016 respectively. 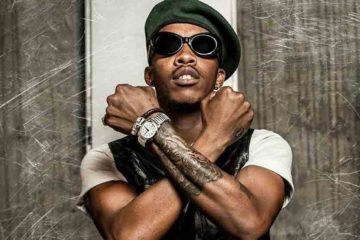