Zebras’ upcoming final group game against AFCON 2017 Qualification Group D rivals Burkina Faso on Saturday will be two days shy of the 1-year anniversary of Botswana’s historic 1-0 victory over the West African side in Francistown last year. Botswana’s elimination from AFCON 2017 contention would warrant a ‘dead rubber’ title for coach Peter Butler’s side but their opponents’ pending qualification and pride for Zebras will give the match a competitive feel.
The game could also be Butler’s last competitive match in charge of the senior national team, his contract is set to elapse at the end of the year, contract talks (if any) are yet to take place. The Englishman signed a three year deal in 2014, which will end in December.
Burkina Faso are currently ranked 73rd in the FIFA World Rankings, 13 places ahead of Botswana and they were 2013 AFCON finalists; this would suggest that the gulf in class between the two would sway things in the West Africans’ favour but Botswana currently boasts a 100 percent record against their opponents and they have never conceded a goal against them.
Bahrain and Botswana are the only countries with 100 percent records against Burkina Faso in the West African side’s history. Burkina Faso defeated a Botswana national under 23 side in South Africa last year in a warm up game a week before the 2015 AFCON tournament, the game was not certified as an official friendly.
Butler’s charges have won their two encounters against Burkina Faso. The first encounter between the two sides was an Independence Day fixture in 2013 where a solitary strike by Lemponye Tshireletso settled the match.
The second game between the teams was a Group D encounter at the Francistown Sports Complex, the game also served as the official grand opening of the second city based arena. Joel Mogorosi scored the only goal of the game as Botswana recorded a historic victory.
Both teams’ fortunes have taken different turns, Burkina Faso recovered from their blip to command a goal difference lead over Uganda and they have been unbeaten since their Zebras setback. Zebras’ opponents head into the match in the driving seat, a victory would see them officially confirm their qualification for next year’s AFCON tournament as the group leaders.
Contacted for comment, Butler told Gazette Sport that he expects a competitive game on Saturday.
“Burkina Faso will be tough but they all are, I know we are not able to qualify but we shall go there and put in a professional performance and be competitive. We are work in progress and we shall prepare in a professional manner irrespective and wear the colours with pride as we always do. The BFA were not able to secure a friendly game but whats new we have always struggled to get friendly fixtures, the wrong people are organizing them and we need to look at this in the future now we have a new President at the helm. Burkina faso went all the way to Uzbekistan for a friendly,” Butler told this reporter.
“I am now hoping that we can find some kind of stability and continue to progress, we have a new President who seems like a man who approaches things in a detailed common sense type of way and I wish him well for the future,” he added.
The experienced tactician concluded by admitting that the game could be his last for the Zebras but he will continue to oversee his passionate talent identification coaching clinics, he invited five youngsters from Shoshong and Mahalapye to train with the senior team and says they did well.
“(I am) not sure what the future holds as we speak, this could be my last game as there is no plans for a friendly fixture in September but I will be running some talent ID days for U21 age groups from now until December, something I am looking forward to,” Butler concluded. 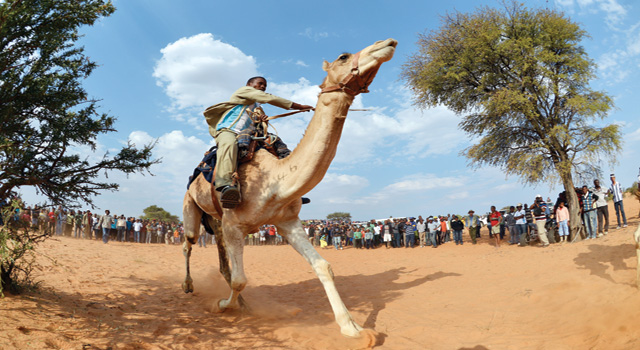