Confederation of African Football (CAF) is said to be on a mission to add a massive increment to club competition prizes in the near future. In 2009, CAF made a 50 percent addition to the overall prize money of the winners of the Champions League to earn US$1.5million (an approximate P11.45million) from its previous US$1million prize.
Though the increment was deemed a major boost in African football, it was not long until clubs around the continent began to decry the huge expenditure bills incurred when traveling.
Local clubs have been a testimony to that; earlier this year, Mochudi Centre Chiefs and Gaborone United were forced to pull out of participating in continental tournaments after failing to gather the required fees.
GU’s trip to Zanzibar was reported to cost P500, 000, Chiefs was to spend anestimated P300, 000 to play in Mozambique, while Township Rollers are said to have spent more than P700, 000 when they played Kaizer Chiefs last year in Johannesburg.
The format of the Champions League tournament especially has also been brought under-fire in recent times, with clubs only profiting after six games into the tournament (Group Stages).
However, according to reports, last year’s renewal deal between CAF and longstanding partner, French marketing company Sportfive, which saw the two extend their agreement over television and marketing for a further 12 years, worth a staggering US$1billion will see a major turnaround occur at the continent’s football governing body, with an increase in competition prizes expected to be one.
Furthermore, it is said that at last year’s CAF annual congress in Cairo, there were talks among officials of a massive hike in prize money for the African Champions League. Those in the know of affairs in continental football says the Champions League winners reward is set to rise to an astonishing US$7.5 million (an approximate P75.45million).
Pundits also suggest that the decision is set for confirmation at this year’s 38 CAF ordinary meeting next month (11 May) in Mexico.
Despite the Botswana Football Association (BFA) being unaware of the possible development, Rollers Public Relations Officer Bafana Pheto says should the initiative be implemented club competitions in the continent could spring to life.
“Obviously it sounds like a great idea for African Football. Should CAF implement it, continental club competitions will surely come to live. “This could serve as a motivation to under performing clubs in this tournament,” said Pheto
Pheto says competing in the Champions League is no more a case of making revenue, but a platform to gain clubs and their stakeholders exposure.
“Clubs have always complained of the prize money in this competition, and competing in the tournament is not a case of making money but instead to give teams, players and Associations exposure. People now know that there is a team in Botswana known as Rollers as a result of participating in the tournament, and that’s what it is all about,” continued the head of communications.
He also advised that CAF should also look into changing the tournament’s ‘format’, and clubs get to profit at least a few games away from the group stages.
More developments are also said to be on the way as part of the recently introduced FIFA club licensing. All member associations have been given until January 2017 to comply with the club licensing requirements, failure to comply will result in expulsion from local and international competitions. 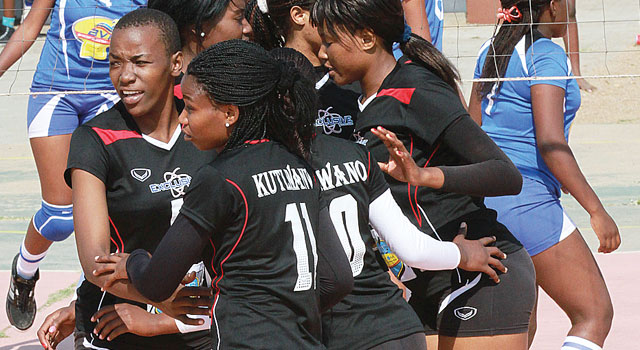