Mochudi Centre Chiefs have no ill feelings towards their departed star player Lemponye Tshireletso following his move to major rivals Township Rollers according to their Public Relations Officer  Clifford Mogomotsi. Tshireletso is the latest in a long line of big name players who have left the club in recent years.
The likes of Joel Mogorosi (2012), Kekaetswe Moloi (2013) and Galabgwe Moyana (2013) among others have left the club in recent years having been the club’s star players and leading them to league titles in the aforementioned years. Tshireletso has been the club’s top scorer in the last two seasons but Mogomotsi has stated that the club is not fazed by another big name casualty.
His contract at Chiefs officially elapsed last month and he was granted permission to negotiate a deal with Rollers last week and eventually agreed a two year contract with the club. Chiefs countered Rollers’ interest with an improved contract offer but he rejected the deal in favour of a move to Chiefs’ main title rivals.
“We never stop players from leaving as long as the transfers are done the right way, we would never stand in their way. Our club is always building from scratch, we have lost players before and we always recover. More recruitments will be finalized because we are building a squad for next season. It appears Tshireletso has an agreement with Rollers, he is no longer our player and we are confident that we can continue to strengthen our team and recover from this setback,” Mogomotsi told this reporter.
Tshireletso is currently in South Africa at Rollers’ pre season training camp, he is expected to be officially unveiled as a Rollers player when they return to Botswana.

They are no longer refugees, they should go home – Kgathi 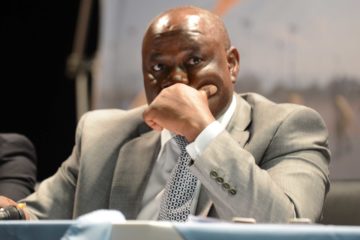