• Tournament sponsors, Mascom, reportedly not amused by the bad publicity
• Chiefs officials feel they have a strong case against Rollers

Mochudi Centre Chiefs’ pitch side protest against Township Rollers’ decision to field Ofentse Nato overshadowed the Mascom Top 8 semi-final clash between both sides at the Francistown Sports Complex this past weekend.  Both clubs have been at odds for weeks as Magosi have labelled Nato a “defaulter” as they believe he was not properly registered when joining Rollers.
Rollers won the game 2-0 courtesy of goals from Joel Mogorosi and Maano Ditshupo. Overall they won the tie 5-1 to progress to their fourth final in five years where they will meet Orapa United. However, the game’s big talking point has been Chiefs’ pitch side protest.
A fortnight ago, the Botswana Premier League Disciplinary Committee dismissed Chiefs’ initial protest  because the club had not presented enough evidence to support their case and they had failed to follow the right procedure to lodge their protest. The club filed an appeal against the DC’s ruling this past week.
They followed up their appeal with a pitch side protest minutes before kickoff; Magosi officials Zaahid Jalal and Clifford Mogomotsi submitted P10 000 and a written protest to the match commissioner to officially lodge a second protest against Rollers and Nato.
The club is also protesting the registration of Terrance Mandaza in addition to their Nato protest. A Chiefs official who requested anonymity confidently said the following, “There are a lot of things that are wrong with local football. We believe we have a strong case because we are armed with facts that can swing this case in our favour. We are adamant that Nato and Mandaza were not properly registered and we will fight until we prove it. We are in possession of critical information that will beef up our case.”
The Chiefs official also accused the BPL of “double standards” as he cited similar cases in which their club lost the cases. “The BPL is contradicting itself, we were once denied registrations of Pontsho Moloi and Noah Maposa (returning from stints in South Africa) and David Makakaba when they were unattached. At the time, they were free agents but the transfers were not approved in time because they took place outside the transfer window. We have aired our grievances over signings that have been done outside the transfer window by Rollers but the rulings went against us again. According to them we have been wrong on both sides of the fence,” the Magosi official vented.
In addition to the Chiefs official’s statements, the club’s official Facebook page also posted that they would not give up on the case. “Centre Chiefs can confirm that we have protested the game and paid the full amount before kick-off for the use of both Mandaza and Nato. This is a result of new information brought to our attention 3 days before the game that will further support our case.
More details to follow soon,” the club’s statement reads.
Meanwhile, a BPL official informed this publication that, “Mascom (the sponsors) will not be amused by the bad publicity that has overshadowed the competition for the past few weeks. There are high chances of not getting a renewal offer from Mascom, that conversation should have started but it looks to have been shelved for now. And Mascom would be well within their rights to think twice about renewing their contract with the BPL.”
The BPL official also added that Chiefs could face a fine for “bringing the game into disrepute” for persistently challenging the DC’s ruling, although he also acknowledged that they are exercising their rights by constantly pursuing the matter. Names of the interviewed officials have been withheld pending the next hearing of the case. 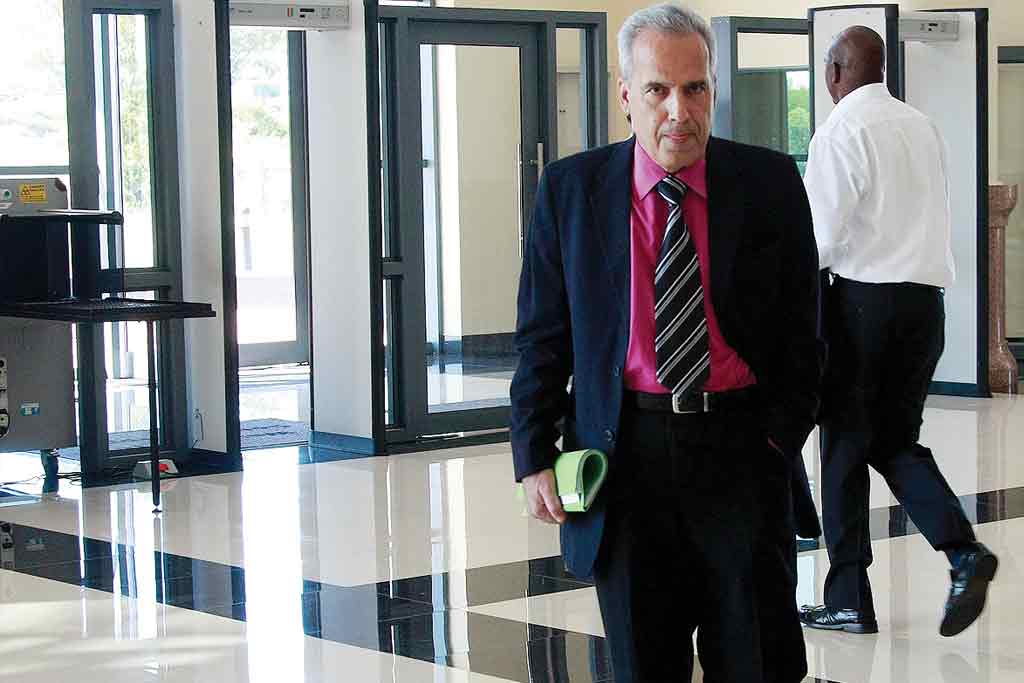