Aspiring Zebras pair Brandon Wilson and Renei Batlokwa have, for now, been denied an opportunity to make their senior national team debuts after missing out on the final squad for the Independence Day friendly against Angola. The pair was expected to be a part of the squad after receiving call ups from Peter Butler but budgetary constraints have denied them a run out for the national team.
The Botswana Football Association (BFA) is currently going through a transitional phase under the new leadership but they are still haunted by the financial problems that, in part, stemmed from the previous administration.
Gazette Sport established that the association had reservations about inviting the two overseas players given the potential costs of their plane tickets from Australia and England.
Bringing the players to Botswana would require payments for the players’ airfare and the association’s current financial situation has prevented them from honouring Butler’s wish of having the two overseas players available for the Angola game. The current BFA set up is currently undergoing a forensic audit and any huge financial commitments appear to have been shelved as the new regime aims to refuel the BFA coffers.
Reached for comment, BFA Secretary General Kitso Kemoeng confirmed that the players were not invited due to financial troubles on the association’s part. “We received an official request from the technical team to invite the players. Our funding is in a terrible state at the moment, there is no money. We would have liked to have the players around for the game but our financial situation prevented us from doing so.   The Independence friendly game is funded by BOT50, we made last minute requests but they have already met their target, budget wise,” said Kemoeng.
Kemoeng also revealed that the likelihood of an October friendly game against Mozambique or Tanzania as previously reported by Gazette Sport is now a far fetched dream. With no other FIFA recognized games between now and the end of the year, it appears the Angola game will be Zebras’ last game of the year because there are no other friendly games lined up.
“We have received invitations from Mozambique, Tanzania and Malawi has also challenged the women’s senior national team. Honouring those invitations will be impossible, if we cannot pay for our players’ airfare we cannot travel. We wish we could honour the fixtures but we cannot do so because of the financial situation,” he added.
Last week Butler told this publication that he had invited Batlokwa and Wilson for the national team camp leading up to the game. Butler has been keeping tabs on the players’ progress, he wanted to take a closer look at them, the Englishman has connections with Batlokwa’s current club Southend United where he (Butler) plied his trade  in the late 80’s and they have been keeping him up to date with the player’s progress. 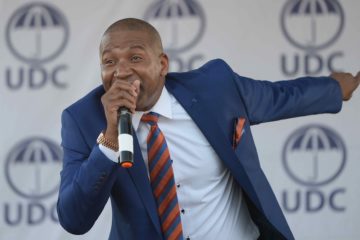