She grew up in the highly populated Ledumang location in Gaborone. The current Senior National team striker, Thuto Ramafifi was just a normal girl like all others. There were lots of sporting codes to fall in love with. As a girl child football was not an option. Nobody not even herself thought this male dominated sport will one day not only be her favourite sport but her career. Ramafifi grew up in a catholic extended family, she originates from Thamaga, a tiny village on the outskirts of the city.

At primary school she was a netballer of note. She played as a shooter and at times as a winger because she was taller and could aim at the log goals better. In 1992 when she was born women’s football was not even regarded as a dream for anyone. To say it wasn’t popular is an understatement because it wasn’t even existent.

Ramafifi started her primary school in Ledumang. This is the primary school where she was a netballer of note. She went on to do her secondary school and high school in Ledumang Senior School. It was all a walking distance from home. There was no time to board either a school bus or any car. She had to wake-up early and manage her time such that she arrived on school on time.

“I still remember clearly as if it was yesterday how I was described as a naughty girl. All this was because I was a rare breed the only girl in the family amongst boys which made me want to do everything they were doing. I never wanted to be second best be it in gardening or any other boys’ jobs.” Ramafifi revealed in an exclusive interview

“Like in other family we were brought up by African parents who believed that sparring the rod meant spoiling the child. We had our bad days where we had to be disciplined with a good beating for going against the set family rules. There were good times too where a girl was appreciated for being the best. My grandparents were believers in culture they were modern traditionalists that were stuck in some stone age tricks. They were consistently always trying to make us to go to the cattle post and lands for festive season. That was a way of life in the country. No children were allowed to lazy around towns and cities during school holidays. I have no complaints anyway. I really enjoyed these family holidays;” Ramafifi explained as she confesses seeing the fruits of all the hard work and labour of those old times. She says the life skills of the past are now helping her survive any challenging condition today and all thanks to her old pals.

“Back then my grandfather loved pets. We owned two dogs that I played with them. They will chase me around the yard and will also return the favour. My protective and loving grandfather was against it though as he viewed that as a rough game that suited boys. He wanted me to stick to women’s kind of games and household chores. For some reason I had not much love for the traditional girls’ roles, that is the cooking, washing and plaiting stuff.”

As years went by things started to take a different dimension.

Like a biblical calling her love for football surpassed that of all the popular traditional girls’ games. Perhaps it was because she grew amongst a boy dominated family. At school during break time and after school she played football with boys. She loved it and always wanted to win and laugh at the losers. She remembers how her caring mother always discouraged her from that habit.

“My mother was always shouting at me to stop playing with boys. The boys at school made it a habit to include me in their team. I was more of a lucky charm to them my team won most of their duels. I slowly missed our netball sessions as I was busy with the boys playing football. I remember very well that some teachers tried to force me back to netball, but it slowly didn’t work. I was slippery and just had my way of evading their call without being victimised.” Ramafifi revealed of her childhood days.

My love for football grew and it was eventually clear that I was part of a pilot project of women football.
“There was the time that I was in a tight corner when my aunt wanted me to choose between my studies and football. Back then parents deemed football as just waste of time. That was a very painful choice to make. I cried all day because I had to choose one which I didn’t do. I couldn’t make a decision. We argued a lot honestly. They strongly believed I didn’t know to balance the two and felt football was taking all my time but like a rare visionary felt otherwise.” The striker revealed

After a lot of struggle, she was however accommodative. She realised that was just a side talent. She changed to become a mentor. Even as I play football today, I remember her words when she lost the fight.

‘Do what you love not what you are told to love and stay true to yourself because so much unhappiness comes from making decisions that go against your real wish. If you don’t want to do it because it is not your ambition stay away don’t just force to please your elders. This maybe a challenge but always try not to suppress your true self even if there are more challenges than gains at the time.’

Quizzed about if her family supported the idea of playing after all the years, she revealed that they supported her. After realising she had the touch, they went all the way and did all possible to help her achieve her goals. They even went out of their way and even bought a pair of boots for her. They also were slowly converted and started loving football even watching it.
“My family would surprise me and come watch me play. At times I could hear them yelling supportive messages from the touchline. At first their presence intimidated me. I knew they were expecting good only. I fumbled but as I got used to that it really motivated me a lot to play my heart out not just for my team but for them also.” The ever smiling Ramafifi said.
Like any other footballer there are many games to remember and cherish. Some will obviously be the ones that she wants to forget and erase in her memory.

“My best game that I will always cherish and remember and dedicate it to my family was when I scored my very first goal for the senior national team against Namibia at the age of 15. I also still remember our very first win against South Africa in 2011 in their home soil in Polokwane. These are my breath-taking moments and I can never compare them with anything.”

“I grew up not supporting any individual team I choose rather to support talent. Whoever played great football was my perfect choice in any game, even today that’s how I am.” Ramafifi explained

She also explained that she started playing for a senior team whilst still a teenager. She still remembers how they recruited her.
“When I was still at junior secondary school at 14 years in 2006 I was spotted by Double Action football club in our football league for schools. I signed for the team with the help of my mother and played for them and that is where I earned the nickname ‘Verah’.”

Asked how being a football player had allowed to help her family she pointed out that football can be a good bond and ice breaker.

“ I am able to support my family even though I do feel it is not enough, they do understand that I’m yet to be a professional player but when I play for the national team the appearance fee really helps a lot and it always put a smile on my mother’s face. It’s not always all the time but the little time I purchase something for them always makes me feel very important and mature.”
Like all players she wants to play for the best in the world. She dreams of being a professional and plans to achieve that by working extra hard during her time in America.

“I have a plan that in five years I should play for Arsenal women football team.” A confident Ramafifi said

In 2009 at the age of 17 she went to play in Namibia at Okahandja Beauties Football club which is based in Windhoek. She netted 13 goals and in 2010 she came back home and continued playing for Double Action football club.Ramafifi is now based in United States of America playing college football at Albany State University and studying Business Information Systems. Before she was playing college football at Salem International University where she was studying Human Resources Management and won lots of accolades on the field of play. 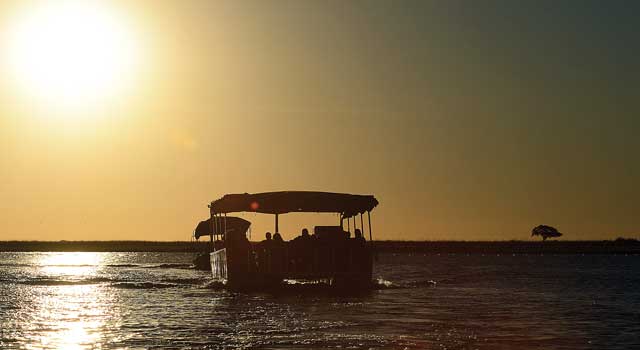