Mochudi Centre Chiefs’ management could appeal the Players Status Committee’s rumoured ruling that will block the loan transfer of Jerome ‘JJ’ Ramatlhakwana until January. The club is adamant that they will appeal any deliberation taken by the players body, however, they also revealed that they are yet to get official confirmation of the PSC’s ruling.
Chiefs’ vice chairman Clifford Mogomotsi and General Manager Zaahid Jalal told Gazette Sport that they are aware of speculation that their move for the CS Don Bosco striker will only be approved during the January transfer window. Gazette Sport has established that CS Don Bosco registered Ramatlhakwana as an amateur, not a professional player.
This prevented the player from being given special dispensation to be registered outside the transfer window. FIFA’s laws on transfers state that only players listed as professionals can be transferred outside the window, the transfer could be given the green light as the player would be given provisional registration.
This publication has also gathered that as a result of Don Bosco’s gaffe, the player is currently absent from FIFA’s transfer system, making it difficult to make a case for his transfer to be cleared at the moment.
“For now we have not received any official correspondence from the PSC, we have only heard speculation suggesting that the move is off but we cannot act until we receive a formal decision from the Status Committee. If our move has been rejected we will be more than happy to appeal the judgement because we believe we did everything accordingly,” said Jalal.
In contrast to Jalal’s statement Mogomotsi believes that it is too late to challenge the PSC ruling. “We will do everything that is needed in January. It is too late. We have only a month left before the window opens, we might as well continue with the players we have. JJ has been registered as an amateur but we have his ITC and he has a professional contract with CS Don Bosco, he is a professional player, we don’t know why they did not register him as a professional. The ITC we received is in a manual form, it is not electronic,” Mogomotsi told this reporter.
Mogomotsi concluded by stating that they are thinking of forwarding the case to FIFA as another alternative in their pursuit to register Ramatlhakwana. 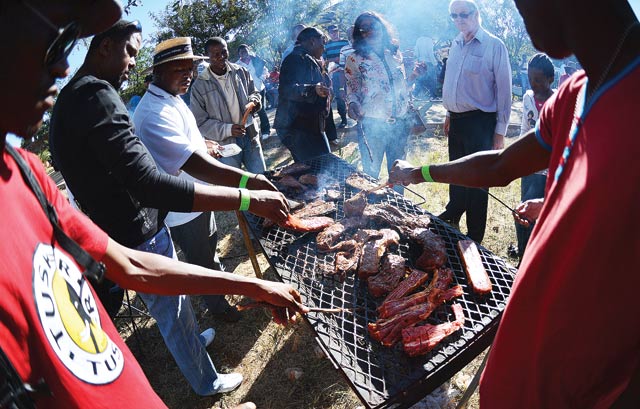