Jwaneng Galaxy are expected to make an attempt to land former Orapa United coach Madinda Ndlovu as they look to replace departed Serbian gaffer Zlakto Krmpotic. The mining town side last week announced that they had decided to part ways with the former Zesco United boss after the two parties failed to agree on a deal.
According to reports Krmpotic, who had just returned from Serbia, made demands that were too high for last season’s league runners up. He had only been at the club for six months after he took over the reins in January following the sacking of Mike Sithole. Gazette Sport has learnt that Ndlovu’s name has surfaced in the list of those could take over the vacant position. A source at the club has revealed that the management will, this week, officially make a move for the decorated Zimbabwean mentor.
“Madinda (Ndlovu)’s name has been mentioned. It appears that the management is willing to give him a try. We expect them to make official contact with him this week,” said a source. “He has always been in constant talks with the Chairman, and I think he (Ndlovu) must also be aware that Galaxy is looking for a new coach. Before Krmpotic was hired Ndlovu was bound to replace Mike Sithole, but other members of the Executive Committee preferred someone who would help then club in the CAF Confederation Cup, and hence why Zlakto was hired,” adds the insider.
However, it appears that the stumbling block in Galaxy’s way is the fact that Ndlovu is currently contracted to Highlanders in the Zimbabwean Premier League. He took over the job at the start of the season, and this might make it even more difficult for the local club to get their man. “It is some kind of difficult situation, because Madinda is still under contract with Highlanders and the season in Zim is currently on at this moment, so there is a good chance that he might not move during this period, unless he terminates his contract, but it is never an easy thing to do,” the official added.
“We expect an announcement to be made soon, especially that we are almost in the last stage of pre season, but we expect to have appointed a new coach before the season starts,” concluded the source.
Former Galaxy coach Oris Radipotsane has also been linked with a move back to the club as technical director, but is believed to have turned down the offer. Former Township Rollers TD Drago Stanojlovic is another who could be roped in the role of TD. Chairman Njabulo Gilika’s line rang unanswered when this publication contacted him for a comment on Sunday afternoon.
The club has also parted ways with 10 players, the list is made up of Terrance Mandaza, Patrick Kaunda and Boitumelo Mafoko, who is retiring from active football. Departing players include Terrence Mandaza, Atisang Batsi Tebogo Moroka, Lesego Molemogi, Botshelo Mafoko, Boitumelo Mafoko, Batlang Sesome, Wabuya Aebe Ontiretse Kolobe and Ayanda Molefe.

Group A open as Rollers prepare to host Al Ahly 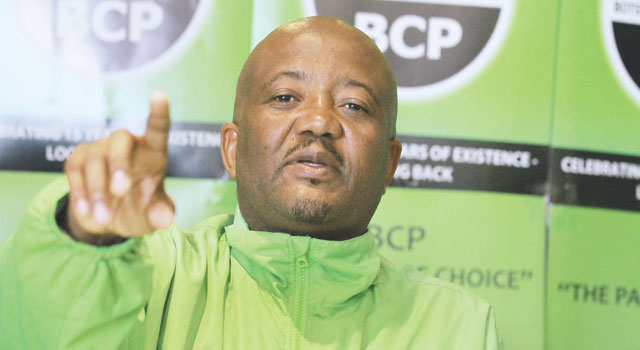