• Hunt had been trying to sign Ngele for three years, once invited him for trials at Supersport in 2010
• Ngele could face Sundowns on October 15
• Sundowns coach hints at a feud with Ngele’s agent

Bidvest Wits coach Gavin Hunt has, after years of trying, finally landed Mogakolodi Ngele after capturing the player on a season long loan deal along with Cuthbert Malajila in a swap deal that saw Sibusiso Vilakazi move to Mamelodi Sundowns on a permanent transfer. Hunt is a long term admirer of Ngele and has been trying to sign the Zebras attacker since 2013.
Hunt first registered his interest in the player in 2010 when he was still in charge at Supersport United, the player was invited for a trial but was unsuccessful as the club had reservations about his then less imposing physical frame. Little did they know the player they turned down would light up the Premier Soccer League three years later.
The 52-year old coach then moved to Bidvest Wits in 2013 and reignited his interest in Ngele after the player enjoyed an impressive breakout season at Platinum Stars where he scored 10 league goals in his Premier Soccer League debut season. Wits failed to make a concrete offer to persuade him to move, in 2014 Hunt stepped up his interest in the player by going on a personal scouting trip to watch Ngele during Zebras’ 1-0 victory over Burundi in an AFCON 2015 Qualifier at the Lobatse Sports Complex.
The former Supersport United coach was in attendance as Ngele put in a solid display to help Botswana record a 1-0 victory. Despite the club’s strong interest they were always behind PSL giants Sundowns and Orlando Pirates in a three horse race for Ngele’s signature.
Eventually, Sundowns won the race but the player has since been offloaded by the Pretoria outfit after struggling to win a regular starting berth. Hunt has finally signed a player he has been yearning for for the past six years.
Ngele’s arrival will boost the club’s already impressive attacking department which includes the likes of Papy Fatty, Elias Pelembe and Daine Klate among others.  Wits were Sundowns’ closest rivals last season, they finished second on the log and 14 points behind Downs.
Hunt has an impressive record of working well with Botswana players, he enjoyed a successful spell as the Supersport United coach working with Diphetogo Selolwane and Mogogi Gabonamong and established a good rapport with both players as their union resulted in the 2012 Nedbank Cup trophy.
Sundowns could rue offloading Ngele as they have now strengthened ed their closest PSL title rivals by allowing him to join their ranks, it remains to be seen if the player will be allowed to play against his parent club (Sundowns) in the forthcoming season.
The last time he faced Sundowns he was on loan from them as a Platinum Stars player and he scored in the match, they will be wary of that when they face him next season. Wits will face Sundowns at the Bidvest Stadium on October 15 following the release of the upcoming league fixtures.
Wits could now give Sundowns a stern title challenge given the Pretoria club’s CAF Champions League campaign which could lead to fixture congestion and indifferent league form, if Wits capitalize on Downs’ busy schedule Ngele could bag himself a second consecutive PSL title, which would be a new record for a Motswana player.
A former player of Gavin Hunt told Gazette Sport that he expects Ngele to thrive under the tutelage of Hunt but only if he works hard to earn a starting berth.
“Gavin Hunt demands a lot from his players, his training methods are intense and wants hard working players. If a player gives 100 percent he will be a regular starter. There is a great opportunity for Ngele to thrive at Wits, Hunt likes to play with a lone striker plus a number 10 who will be given freedom, that role suits Ngele and he has the right attributes to play behind the main striker. He packs a powerful shot and a good passing range but he needs to work even harder to please Hunt,” the former player stated.
Prior to Ngele’s move to Wits, Sundowns had announced their intention to keep the Botswana player for squad depth purposes but they accepted that he needed regular game time. Club coach Pitso Mosimane was quoted by South African media stating that he had been impressed by Ngele’s demeanour and work rate in training last week.
However, the coach criticized the player’s agent, Tim Sukazi, by stating that the agents’ statements carry little weight in his first team plans after Sukazi had publicly declared the player’s willingness to leave a fortnight ago. 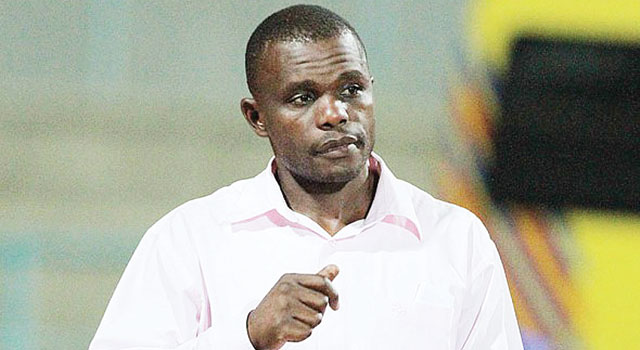