In the aftermath of hectic friendly matches that local clubs have been taking part in a fortnight ago,Gaborone United is set to suspend Edwin Olerile, Kgololo Kgogobi, Ntesang Simanyana and Gaopatwe Seosenyeng for insubordination against coach Rodolfo Zapata’s training methods.

There has been no guffow upon the Argentine coach’s arrival at Moyagolele who is yet to receive his work permit to start his anticipated reign at the club, but is said to have already pushed the reds stars beyond their physical limits.

Dramatic changes in a turbulent spell this league campaign has evoked Zapata to impose morning training sessions and cut evening sessions short, a move which has signaled an intent of control from the Argentine gaffer.

“I have been fortunate to attend one or two training sessions conducted by Zapata and I must say he is coach who believes in hard work. Our local players sometimes cry foul of intensive training sessions because we do not push them to them to the edge so what some of these first team members are doing is not acceptable”, said a close to the club.
The source further revealed that the high intensive training sessions also could dwell down to the fact that the Reds have been guilty of tiring in the final minutes of games which has cost the club points. “If you take a closer look at the past games that United have lost they have been caught napping in the latter stages of matches because their fitness level is below par with some of the top clubs in the Premiership,” vented the source.

Moyagolele who currently trail the log leaders Township Rollers by —– points have are not challenging for major honors in this calendar season having already bowed out of Mascom Top 8 and the be Mobile Premiership title looking far from their reach.

There were boos from the terraces from some of supporters in their 2-0 loss to Chiefs in the Premiership last month as the 49 year old passed down instructions to the medic, waving signs of the Buenos Aires born itching for his work permit to be done. G.U secretary general Ghofhamodimo City Senne, said Zapata’s work permits have not yet been completed so he will have to be patient to be heavily involved in match days.

“The club is working hard to finalise the coach’s work permit but I can confirm that the permit is at an advanced stage for it to be finalized and granted to the coach. People can tell that he is a man who is itching for the club to have success so it is unfortunate that he will have to wait and watch the team from the stand,” he said.

Senne further revealed that they have issued a suspension pending investigation to the players who failed to adhere to the coach’s instructions in the mini preseason the club has been part in.

“The matter is being dealt with internally so investigations are still going on to see what might have transpired for some of these players to have acted the way they did. The club has decided to take the affected players to the development team so they keep fit before the matter is solved by the club management,” Senne told Gazette Sport.

For his part the former Moyagolele star praised Zapata’s training methods and tactics and revealed how the young players will benefit from such a dedicated coach. “In my playing days players would have cried to have a manager who will push them to the limit for success of the team. Young players like Obonye Maome are obviously bearing fruits from his intensive training methods which is what you would want to see from a new coach blending youth and experience,” he concluded. 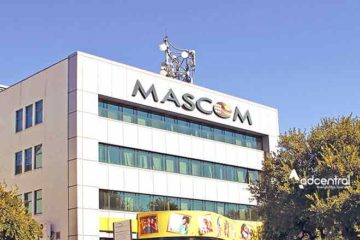