Three months now since the players were suspended

Gaborone United are set to part ways with the services of suspended trio, Ntesang Simanyana, Kgololo Kgogobi and Gaopatwe Seosenyeng at the end of this season, Gazette Sport has learned. The trio has been on suspension since February on counts of ill discipline. According to reports, the players were said to be ‘non admirers’ of new Argentinian coach Rodolfo Zapata’s ‘hard’ training methods which they felt were not suitable for them.
One big issue which totally saw most players not acceptant of Zapata’s methods was the new idea of running up the Kgale Hill, which most players often complained of.
Though the players’ suspension was summoned to run for a month, which in the process would see the three experienced players train with the side’s development team, to date the players are yet to return to action nor training, this has cast a doubt of the players ever returning to the club again.
Sources at the club have revealed that the new coach has started planning for life without the players for next season, a season which GU are expected to put on a title contending charge.
“The coach (Zapata) has started planing for next season. His main objective for the new season is to make sure the club wins the league, and as it stands at the moment, he is ready to move on without the suspended players,” said a source.
The source however said, the answers as to why the players were yet to return was still before the team’s executive committee.
“Thought the matter is very much up to the coach to decide whether he brings back the players, who said at the moment the matter is still with the team’s management. They still have to see how best they can deal with it without it having to cost both parties, but chances are that the players will not be part of the team next season.” he added.
“The players are still training on their own, and I believe they have learned their lesson and should be ready to get back to the team. They are experienced players, and huge part of this club which we still need, especially if we are going to be competing for titles next season,” ended the source.
However, news on the other end reaching this publication have linked the players with moves away from the red half of Gaborone.
According to reports, the club’s former captain in Seosenyeng, whose contract is set for expiry at the end of the season is said to be under the radar of his former boyhood side Jwaneng Galaxy. The club is believed to be desperate to add another centre-back to their ranks as they look to compete in the Mascom Top 8 next season and end in a much respectable position next season in the league.
Simanyana on the other end has been strongly tipped with a move to Kgatleng giants Mochudi Centre Chiefs, while Kgogobi is destined to join his former side Extension Gunners, a move the player had pushed for in the last transfer period.
Despite just only seating on the team’s bench just last month, since Zapata’s arrival, the club has the best form over every league side winning eight of the ten games he has been at the club. GU are currently fifth on the log. 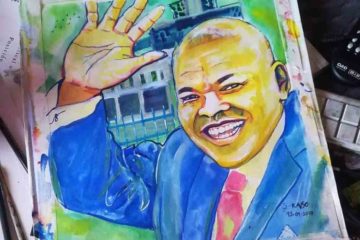