Lobatse giants Extension Gunners are expected to launch their new sponsors, with the deal said to be nearing completion, Gazette Sport has learned. In recent seasons, the Peleng giants have endured several financial struggles, which have at times, largely contributed to players not being paid on time, as well as the club failing to clear some of their debts.
Despite Tsa Gae (PTY) Ltd (trading as All Kasi) taking over the running of the club last year, the “same demons” still appear to be following the team. Last month the team’s former coach Pio Paul ordered sheriffs to attach some of the club’s properties after they failed to pay him his long outstanding debt. It was also reported by Sunday Standard in January that the club had not paid the current coach Daniel Nare for the past nine months.
However, the club could soon receive a massive cash boost, with a new sponsor/s set to come on-board sometime before the end of the season. According to a source at the club, Tsa Gae are in talks with an unnamed company, who are eager to partner the club. “All Kasi have inherited all debts that were previously acquired by the club, and now it means they have to try and find ways of how they can clear them. It is not an easy thing, remember they are also responsible for the day to day running of the club, they cant do all this all alone,” said the source.
He added that,“Currently, they (All Kasi) are engaged in talks with a number of companies over the idea of coming on board as partners. It looks promising, and the club could soon launch a new sponsor,” continued the Gazette Sport informer.
The source however could not reveal the name or amount the new partners would be brining to the club but stated that players have also been notified of the developments that might happen in the near future. In response to this publication’s enquires last week Thursday, All Kasi Managing Director Ludo Kemoeng could not deny nor confirm the issue.
“Please wait for an official notification from the club on the subject. We always host press conferences and invite you when we have something to share with the media and the general public, kindly wait for such,” answered Kemoeng. He also confirmed that they were in talks with a number of entities over the possibility of partnering the club.
“Yes we are talking to potential partners and sponsors, and remain open to proposals from entities that we have not approached already,” he added. “Clearing the club’s debts has been a long standing and much publicized challenge, and while it is the club’s goal and commitment to pay these debts, we acknowledge that it is not something that can be done overnight,” the MD further stated.
Kemoeng rounded off his comments by assuring the Gunners faithful that the club will soon be returning to the top, but it will take combined efforts from the players, technical team, supporters and management. “Gunners is going to the top and how quickly it gets there depends on the combined efforts of the players, the technical team, the supporters and the management; if we all do our best, the footballing gods will do the rest,” he ended. 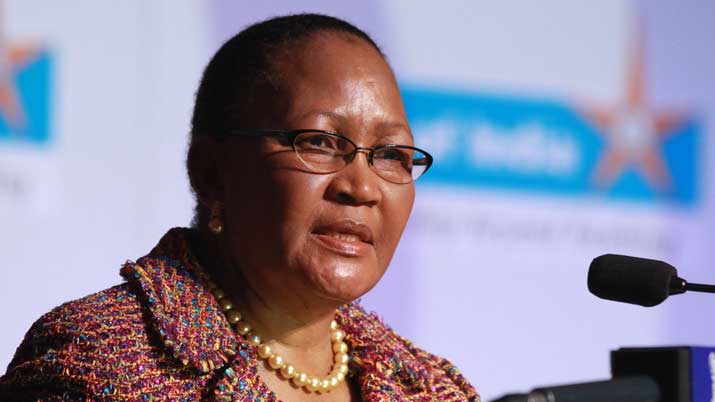