Township Rollers coach Mark Harrison has defended his decision to heavily rotate his squad in this past weekend’s 2-2 draw with BTC Premiership rookies Black Forest, stating that the wholesale changes are a distinct possibility in the upcoming games.
The Briton rang the changes to the starting line-up which triumphed over Nico United a fortnight ago, drafting in Kekaetswe Moloi, Ntesang Simanyana, Thato Bolwelweng, Gape Mohutsiwa in place of Segolame Boy, Terrance Mandaza, Lawrance Majawa and Kaone Van der Westhuizen.
Popa nearly succumbed to a shock home defeat to the newly promoted Mankgodi side after falling behind to strikes from Gofaone Mabaya and Lynoth Chikuhwa before Moloi and Lemponye Tshireletso salvaged a point in the second half.
Rollers’ upcoming games in the Premiership are against Police Xl and Jwaneng Galaxy respectively, within a period of 72 hours but Harrison remains confident of his squad depth.
“We have 3 games in 7 days, we travel to Francistown on Tuesday, and then we come back on Friday to Jwaneng for a weekend game, so as a coach I have to think if players can play three games in such as short space of time. To be fair, we have a squad that is capable of being rotated and win games of such magnitudes, you cannot look across our squad and say that players should not be playing,” Harrison told Gazette Sport.
The good factor feel is certainly evident in the Mapalastina camp, after the declaration of their status as the 2015/2016 Be Mobile Premiership champions, coupled with continental qualification (for the 2017 CAF Champions League).
Interestingly, there were moans and groans across Mapalastina fans for debutant Gape Mohutsiwa, who was a scapegoat on the night. The lanky anchor man, signed from Motlakase Power Dynamos incurred the wrath of fans after failing to live up to his lofty standards, playing only 45 minutes. It was also a similar case for former Gaborone United player Simanyana who failed to impress in the absence of Segolame Boy.
Nonetheless, with the possibility of the FA Challenge Cup tournament on the cards, along with the demands of BTC Premiership, Mascom Top 8 and CAF Champions League, Rollers’ squad depth is expected to be put to the test.
“In the end of match-days it is about application, if people look at our players, pound for pound we have got some of the best players so it is all about applying ourselves in the right way,”Harrison concluded. 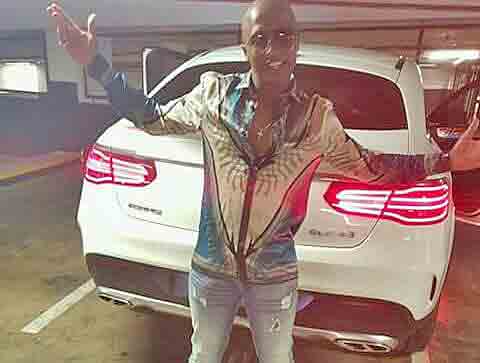