Hundreds of local karate participants flocked to the Al Nur Hall this past Saturday for the Gaborone Open Karate Championship under the Botswana Hayashi-Ha Association in preparations for September’s All Africa games in Congo.
The tournament featured teams from South Africa, Zimbabwe, Namibia, Zambia and debutants in the games, the Hong-Kong karate team. There was a heightened sense of expectations among spectators in regard to the  Hong- Kong team who brought an experienced squad to this year’s games with a team comprising of  participants in the World Karate Federation League.

In an interview with Gazette Sport following his triumpth over Botswana’s China Mecswi in the final of the plus 67kg category renowned WKF medalist Lee Ka Wai praised the growth and level of competition in Botswana highlighting massive skills he witnessed when fighting his opponents.
“It has been a pleasure taking part in this year’s competition. Looking at how competitive it was I would say we learned a lot from our opponents. When we got an invite to compete in this tournament we did not hesitate as we already knew some of the fiercest athletes would be here too particularly those from Botswana and South Africa,” he said.

“We started off on a good note in the Kata competition with Cheng Tsz Han Chris grabbing gold but as the day went on we came across stiff competition facing the likes of young lad from Botswana Thabang Setshego who was impressive in his fight against my compatriot Lee Chun Ho. Botswana Hayashi-Ha is doing a sterling job in nurturing such talent and I wish them luck in the upcoming African games in Congo next month,” he concluded.

Speaking to this publication a member of the South Africa contingent said he was pleased with the performance of his team and thanked the Botswana Hayashi-Ha association for staging a magnificent tournament.

“Every year we use the Gaborone Open Championships to gain experience as we compete against the best karate athletes in the continent and my team has done well in this year’s competition. After this tournament we are heading to Belgium for a two week training camp as we want our team to experience different climates and competition. Lastly, we will take part in two local tournaments back home in preparation for the All Africa games,” the South African stated.

According to the chairperson Fatema Khan of the Hayashi-Ha association the tournament was a success as proceedings went well. “We have been fortunate to be in the presence of the highly skilled Hong Kong team who we invited to weigh the standard of our local karate teams and this year’s event was successful as people came in numbers to witness competitive fights. We would like to also thank the Botswana senior karate team for coming to participate in this year’s competition as they continue to prepare for the 11th All African games scheduled in Congo in September,” she concluded.

Gold medalist Thabang Setshego who was pitted against the senior athletes due to unavailability of the under 21 category revealed how challenging it was to come against the Hong Kong team after defeating Lee Chun Ho in the under 57kg male category and pointed out  how unsure he is of making it to the All Africa games.

“It was really tough fighting in the senior category. Initially I had registered in the under 21 category which was not available, I had to compete with some of the Hong Kong members who I must say are highly skilled. At the end of the day I am happy that I won gold but I have not yet been told if I will make the team that will go to Congo in September,” he concluded. 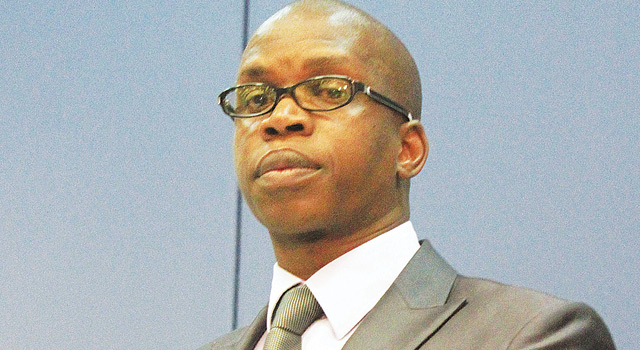