The 2012 London Olympics 800m silver medalist Nigel Amos says he was never off form but his progress in the track was overwhelmed by loads of injuries.

Amos is currently enjoying a purple patch in the track by dishing impressive performances week in and week out. The 25 year old athlete recently recorded 1:41.89s during the Monaco Diamond League race; his run became the fastest time in 800m since the 2012 Olympic final. As if it was not enough, the Marobela born athlete clocked a personal best (PB) of 44.99s at the Meeting Citta’ Di Padova in Italy last week Tuesday. His time of 44.89s ensured that he is the first sub 1:42 800m runner to hold a 400m personal best inside 45 seconds.

Asked if he can now consider himself back following years of mixed results, Zoro as Amos is affectionately known had this to say: “I was never out of the game but I had injuries time and that affected my performance. Now I have got my health back and I can handle more intensity in training hence my performance now. You know in the past I could not do more than three sessions a week.” He is currently based at the Nike Oregon training centre in USA under the tutelage of Coach Mark Rowland.

The African 800m champion said even though he was injured he kept pushing as he has been the world number one four times in the past years. “And that is why I say I was never out. This is sport and there is nothing like someone out or back in the game. What I can say is just that I’m getting there day by day,” he told Gazette Sport from USA.

Meanwhile Amos did not finish his 800m due to an injury during London Diamond League meet held last week Friday and the 800m national record holder has since said the injury was nothing serious. “One of those days, good news I did stop before major damage was done so it is nothing serious and I should be back in a few days. I hate not to finish what I started but it’s a big year and I don’t want to risk anything,” he posted on his official facebook page.

This is the athlete that has gone through mesmerizing highs and lows over the years since he emerged from the callow and left the world awe struck after finishing second behind Kenyan, David Rudisha, in a blistering 2012 London Olympics 800m final by recording a time of 1:41.73. Since then Amos has not won a global championship medal, his best finish in the international scene since that epic London Olympic final was a fifth place showing in the 2017 World Championships and with his recent showings it looks like he put that to an end.

He told this publication earlier this year that he aims to attain a podium finish at this year’s IAAF World Champions.

Following his superlative performances at the 2012 London Olympics where many thought he is the next best thing in the World of athletics, the year 2013 turned to be a rough year for Zoro as he finished the year with a SB of 1:44.71 a time he recorded at Lausanne Switzerland before finishing 2014 with a SB of 1:42.45 attained in Monaco, giving his fans and supporters hope that he was back at the top of his game. In 2015, Zoro maintained his form from 2014 and it was in Monaco again where he recorded a SB of 1:42.66. But 2016 turned to be a challenging one for him as he finished the year with a lowly SB of 1:44.66.

The Marobela native also failed to plot a convincing comeback in 2017, only managing to record a SB of 1:43.18. In 2018 he came from the doldrums and started showing the glimpses of the original Zoro as he finished the year with a SB of 1:42.14 a time recorded in Monaco. This season he currently has a SB of 1:41.89 and it will be seen if he will better it in the upcoming races. 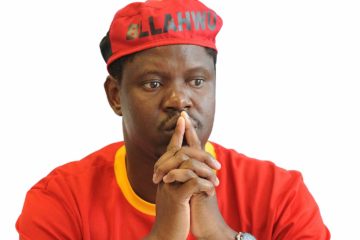