The men’s 4x400m relay team’s dream to bring home a medal at the just ended Rio 2016 Olympic Games held in Rio de Janeiro, Brazil crushed when injuries took their toll on the local sprinters.
Last week Gazette Sport broke the news that both Baboloki Thebe and Nijel Amos would not take part in the relay due to various injuries, forcing both local coaches Justice Dipeba and Mogomotsi  Otsetswe to come up with plan B for the reserve duo Gaone Maotoanong and Onkabetse Nkobolo  to  jump in and save the day.
With that said, developed information reaching this publication however comes with a different twist with confirmed reports that three out of four athletes including the reserve athletes ran with injuries.
A source close to the athletes told this reporter that these brave warriors placed the national interest before their personal interest despite the threat of serious consequences that could result if an athlete partakes in any track activity while nursing an injury.
“Athletes were not fit, I’m not saying this just because they failed to bring home medals but in actual fact some athletes ran with hamstring injuries,” said the source. This however, has raised more questions than answers on; why so many injuries for athletes, was the nation at large misled with information that all athletes were fit to compete at Olympic Games and last but not least, was our technical staff well equipped?
Firstly, the statements they are natural to every sport supporter who knows and understand that no athlete ever performs to lose simply because for an athlete to finish at the podium he/she is driven by determination and persistence. Secondly, the just mentioned questions are compulsory to supporters who remained hopeful for silverware based on quality athletes who represented us.
When asked for confirmation on allegations that was raised by a  source regarding their fitness, one athlete whom this publication will not mention his name said “we ran our hearts out despite injuries because we were not representing the our country alone rather we knew the whole continent was behind us, unfortunately it wasn’t enough as some Batswana keeps crucifying us on social media”.
However, the athlete failed to give more information on what role did the technical staff played in insuring their fitness. Gazette Sport’s effort to find confirmation on the allegations failed as one of the top team official  told  this publication that they will arrange a press brief and will give a report therefore did not dismiss claims that some athletes  were injured during relay competitions.

I would love to play for the Zebras - Wilson 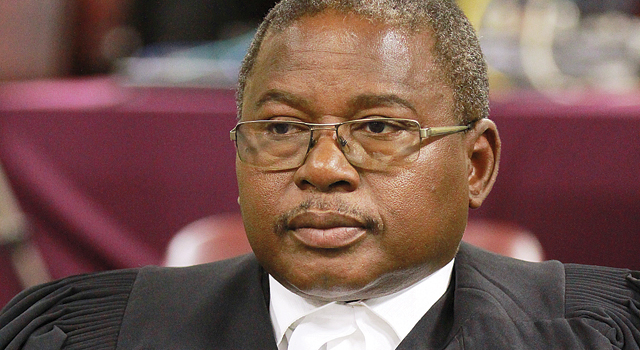